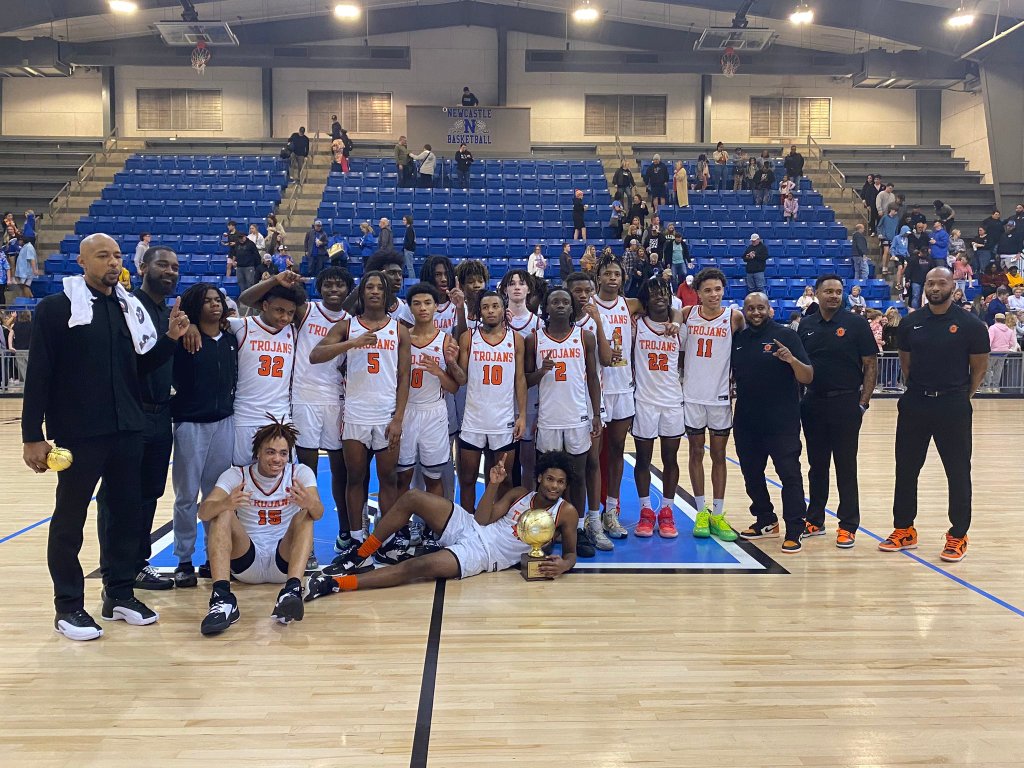 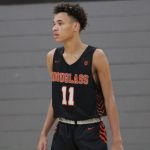 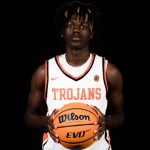 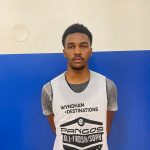 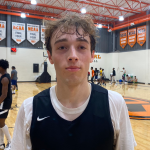 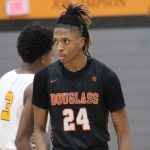 Class 4A is a star studded affair this year. Among those titans are Douglass and Newcastle. Both squads have players with Division One upside and depth around those stars that have programs harboring legitimate Gold Ball dreams. Neither team was…

Class 4A is a star studded affair this year. Among those titans are Douglass and Newcastle. Both squads have players with Division One upside and depth around those stars that have programs harboring legitimate Gold Ball dreams. Neither team was able to separate, but Douglass nursed a small lead in the final moments. The teams then traded threes, with a triple from Davon Scott

One of the most impactful players in the state. Through his energy and athleticism, McMorris always leaves his fingerprints all over the game with winning plays. The best example of this was with the game tied late, he drew a crowd and trusted his teammate Davon Scott

Davon Scott 6’2″ | CG Douglass | 2025 State OK with the big shot. The trust was rewarded as the senior picked up the assist and most importantly his team picked up the win.rnrnHe’s one of the most dynamic slashers and offensive rebounders in Oklahoma.  Those have been traits apparent since watching the springy wing play 15U AAU basketball, but he has also been adding to his craft with work on his jumper. Even with all the high energy production, the unsigned senior is still only scratching the surface as he adds more pieces to his game.

Three point shooting changes games and that’s exactly what Scott does. After a relatively quiet game, and with Newcastle started to gain separation it was Scott who buried back to back triples late in the third quarter that brought Douglass right back into it. This continued into the final frame, with a big three to extend the lead to five points. Then with eight seconds remaining and the game tied, Scott buried the winner from a few feet beyond the arc.  This season with the Trojans, the young sharpshooter has proven he’s not only one of the best shooters in the current sophomore class, he’s a premier shooter in any class in the state. He can do some damage in the midrange and even had a nice drive that finished with a reverse layup, so it will be exciting to see how the rest of his game developments.

Ballard was a dynamic scorer for Douglass in the rim with his ability to get down hill. One consistent theme for Ballard when watching him this season has been the floater he breaks out to finish in traffic. It’s rare to see a young prospect with such a soft and smooth floater. In transition situations, he shows good vision as a facilitator. With so many weapons around him at Douglass, he has a great opportunity to continue to develop his floor general and playmaking qualities in the half court. Which will be a crucial step in his development for the next level.

The elite sophomore was a handful to keep out of the paint all night. For a strong frame player, he is very nimble when navigating traffic around the rim. Which gives him a great combination of finesse and power when it comes to finishing. Along with his dynamic driving ability, Young always makes a handful of quick hands, game changing plays on the defensive end with steals or blocks. The physical framework he has already means he achieves a high level of production for the high school level. With the potential to grow as he continues to fine tune his ball handling and shooting.rnrn

The term “3 level” scorer is often overused when evaluating high school prospects. The performances Sucharda has been putting together has him in rare air. He’s comfortable with off the dribble or catch and shoot threes. He is finishing through contact better on drives, while also being a willing and smart off the ball mover. And finally, he can stop and pop in the mid-range. When teammate Young was on the bench in the third quarter due to foul trouble, Sucharda showed off all those scoring skills as Newcastle briefly gained separation.  Last week, Surcharda was apart of an article highlighting unsigned seniors with fantastic production. It was great to see him back up that production in a huge game, against an opponents that will also be playing in college. The now 6 foot 4 dynamic scoring off guard is a no brainer for regional small colleges, with the possibility of being the type of prospect who would really explode after a year or two in “JuCo”.