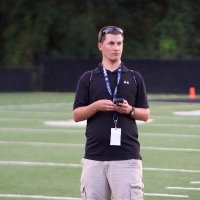 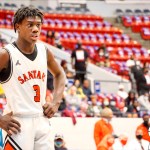 Walters, a University of Alabama commit is a floor general and at his height of 6 feet, 9 inches can also stretch the floor. Walters shot 54 percent from the field and 48 percent from beyond the arc as a junior last season. Walters averaged 24.6 points, 9.9 rebounds, 1.6 assists and nearly two blocked shots per game last year.

Tesch can stretch the floor, as well as catch and shoot with rhythm. The 6-8 forward had five games last season as a junior, where he knocked down three or more 3-pointers. Tesch also scored in double figures in 21 of North Broward Prep’s 23 games he played in last season. Tesch currently holds an offer from Cal Poly. Tesch averaged 16 points and 5 rebounds per game last season and is expected to have a stellar senior season ahead.

Reid may be under-sized but he uses his strength and aggression to an advantage. Reid was a double-double machine last season for Mater Lakes Academy, where he had a team-high 14 double doubles last season as a sophomore. He is also relentless when it comes to attacking the basket, as well as chasing down loose balls and getting deflections. He will look to play an even bigger factor as he heads into his junior season.

Jenkins can score in a variety of ways, whether he’s beyond the arc or penetrating to the rim. Jenkins shot 56 percent from the field and 46 percent from beyond the arc last season for Santa Fe High. Not only does Jenkins excel on the hardwood, but he is a standout athlete in football and baseball as well. Last season as a junior, Jenkins averaged 17 points, 3 rebounds, 3.6 assists and 2.7 steals per game. Look for Jenkins to play a key role once again in the Santa Fe Raider offense this upcoming season.

Washington is very long and an explosive athlete whether he has the ball in his hands or not. Washington can be who is considered a triple threat, whether he’s shooting, passing or facilitating. Last season as a junior, Washington averaged 17.5 points, 8.9 rebounds and 1.4 assists per game for Bay High School in Panama City. Washington currently holds an offer from D2 Lincoln University in Missouri.