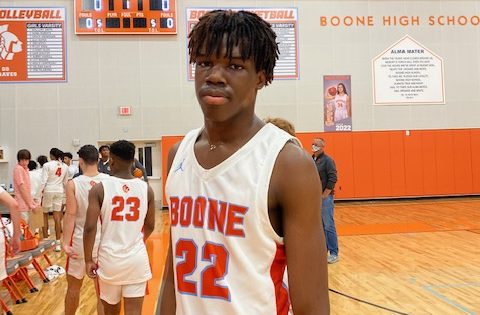 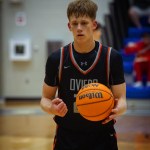 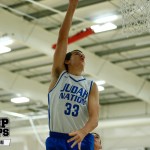 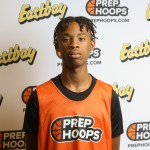 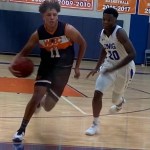 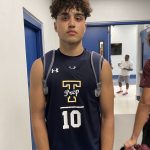 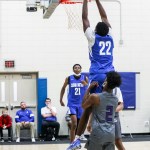 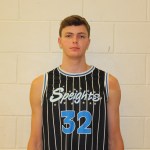 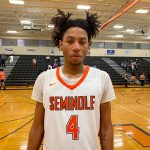 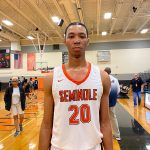 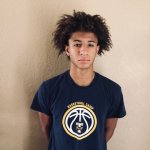 The honoring legends tournament had a field of eight teams with known basketball prospects. Today we’re talking about the prospects I believe have a chance to be more than helpful at the next level. Age, play style, and production were…

The honoring legends tournament had a field of eight teams with known basketball prospects. Today we’re talking about the prospects I believe have a chance to be more than helpful at the next level. Age, play style, and production were all factors in my picks.

The physical 6’3 guard played with toughness every second he was on the floor. Paquette may only be 6’3 but had no problem blocking a 6’6 wing at the rim. He’s more of a dirty work player at this stage in the game. His ability to finish shots in traffic and rebound against size is promising. The sophomore showed he can get downhill out of pick and rolls.

Eric Vandendriessche 6'3" | SF Lake Brantley | 2023 State FL – 6’5 wing that looked more aggressive as the game went on. His jumper shot got going the second half leading to a 2 of 4 shooting night from 3. He drew fouls on the way to the basket.

There are guys above Hatchette in the pecking order but 6’3 size and defensive production as a freshman earn him a look. He’s long and active with the closing speed to rack up deflections. He blocked a 6’5 senior at the rim and hit a midrange jumpshot to round out his day.

Javon Bennett 5'11" | CG Trinity Prep | 2022 State FL – The Merrimack signee continues to make plays with his blazing speed. Add in his ability to shoot far beyond the college line and it’s clear why he’s going to play Division 1 ball.

Krishen Atwal 6'6" | SG Trinity Prep | 2022 State FL – Atwal went 3 of 8 from the field, showing off his ability to hit shots beyond the arc with volume. The 6’6 wing made defensive plays in passing lanes and scored against contact in the lane.

The 6’3 guard is a killer in the midrange. He has great footwork to get his shot off. Oquendo came off screens for one dribble pull ups. He’s a solid passer that can find guys out of his moves. The senior is also effective on the boards where his size and athleticism help him compete with bigger players.

Josiah Dancy – A quick, well-built lead guard. Dancy finishes through contact and gets to the line. He can find the roll man off picks.

Stephen Childs – The 6’1 senior guard connected on 3 threes on his way to 11 points. The shooting is more of a cherry on top for a guy who’s a smart defender. He collected two steals and two charges against Ovideo. His entire MaxPreps page is filled with defensive plays.

Blount scored 24 points while hitting 7 threes. The 6’4 sophomore is an absolute sniper from the wing and corner. He made his first four in a row and only missed three shots in total. He also grabs his fair share of rebounds and putbacks for someone with his playstyle.

Dawson Barr Dawson Barr 6'4" | CG Oviedo | 2023 State FL – Barr is a big guard that can get where he wants on the court. At 6’4 he offers playmaking and finishing in the paint. If he improves his jumper over the summer will definitely rise in the state rankings.

Rodriguez can dial shots from beyond the three point line. He knocked 2 of his 5 attempts en route to a 10 point game. The sophomore seems to have found his confidence putting the ball on the ground. After splashing his first three, he used the pump fake to open up driving lanes. He turned those opportunities into trips to the foul line. The 6’4 sophomore will be an interesting watch over the next seasons.

Wesley Booner Jr. – The 6’1 combo guard is an ideal fit for a team that likes to push the ball. He can find guys in transition and the halfcourt. Gets in the paint for floaters, midrange pull ups, and finishes at the rim.

Boone has a young group of guys that are only going to get better over the years. Kamara could be the best of the group as an athletic 6’7 forward. The freshman nearly went for a double double in a game where he blocked 5 shots. The size, length, and athleticism are all there for a 14 year old with time to grow. He’s developing a post game and though he wasn’t strong enough to finish the moves against older competition, he drew fouls. The young forward showed flashes of shooting and taking guys off the bounce.

‘22 Jack Candeleria – Quick 5’11 guard that can get downhill. Has a streaky outside shot but made three in his 15 point game. Currently in talks with D3 programs.

Pierre wasn’t letting anything slide in the paint. The 6’8 shot blocker left the game with 7 blocks and changed several more. He’s an explosive leaper that can high points shots. What surprises me most about his rim protection is his timing. The senior is adept at taking charges for someone who plays his position walking away with three of them in this contest. He’s a strong finisher around the rim, rebounds outside of his area, and can hit a midrange shot out to 15 feet. Pierre is hearing from D2s and received interest from USF.

Jamar Houston Jamar Houston 6'2" | CG Central Florida Christian | 2022 State FL – One of if not the best unsigned athletes in Florida. Finishes above the rim with ease and hit outside shots. Has a next level frame at 6’4.

Kellman-Nicholes offers size and shooting as an off guard. He was a great compliment to an explosive core of UCF football commits that get in the paint when they want. When defenses collapse, it leaves a relief valve wide open and Kellman-Nicholes made them pay. The 6’4 senior shot 2 of 4 from beyond the arc in a team-high 13 points. He showed good physicality with an offensive rebound and putback. He’s one of the best 2022 prospects left in the central Florida area.

Tyrique Lewis – Tough 6’4 forward that rebounds and finishes around the rim.