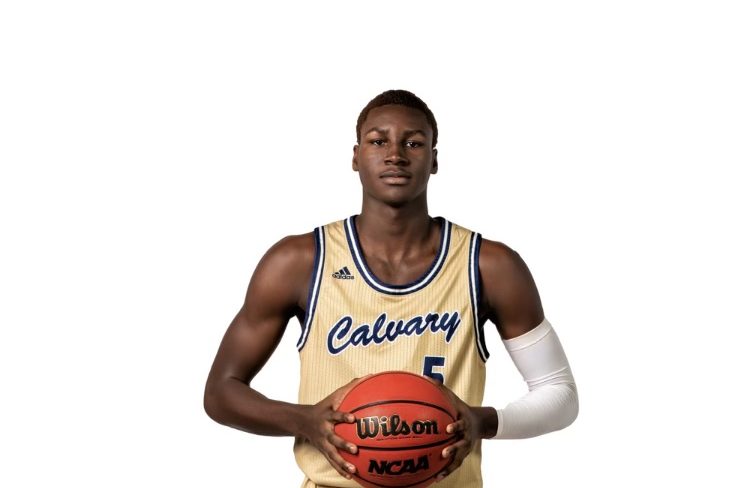 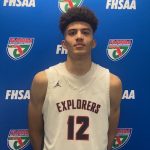 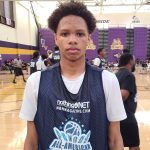 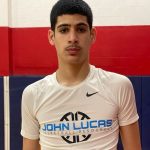 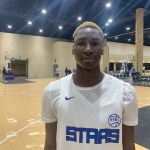 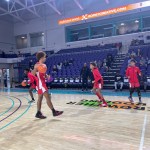 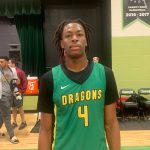 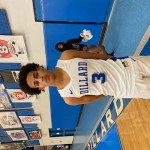 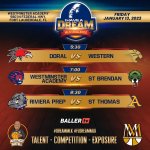 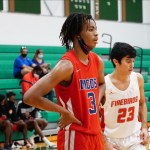 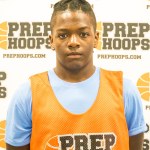 The NBA Draft is coming up on June 23rd. I thought it be fun to select 14 of the best returning prospects in South Florida. That number is based on the number of teams in the draft lottery. This list…

The NBA Draft is coming up on June 23rd. I thought it be fun to select 14 of the best returning prospects in South Florida. That number is based on the number of teams in the draft lottery. This list is based on future potential as well as current success.

Duke, Florida State, Michigan and Miami have already offered the 6-foot-9 power forward. When you average a double-double and shoot 40 percent from three, are there any other questions?

Might be the most exciting two-way player in South Florida. The 6-foot-4 prospect averaged 23.7 points per game and shot 40 percent from three as a freshman. Lloyd recently earned an offer from the Seminoles.

Might be the best outside shooter in South Florida. The 6-foot-6 Abaev averaged 21 points per game and hit three or more 3-pointers in 15 games. Abaev might be at a new school in the fall. Stay tuned.

The best senior prospect on this list. The 6-foot-4 guard is a two-time state champion and four-star recruit. Cherenfant is an athletic, long guard that excels playing downhill. He recently took an official visit to St. John’s.

Carey has as much upside as any prospect in the region. The 6-foot-8 power forward averaged 17.7 points and 12.3 rebounds per game. His power inside the paint is almost impossible to contain.

Allen is the best rising junior in South Florida. The 6-foot-7 prospect averaged 18.2 points and 7.7 rebounds per game. Allen has plenty of athleticism to guard an opponents 1-4. He holds offers from Florida Gulf Coast, Miami, Florida State, and others.

Might be the best rising junior in Broward County. Kee recently picked up offers from Florida State and Missouri. He averaged 14.4 points per game.

One of the top seniors in Miami-Dade County. Dean averaged over 21 points per game. He holds an offer from Bryant University.

Hard to defend against a 6-foot-5 guard with solid size. Wimbley Jr. recently earned an offer from Florida State. He averaged 15.8 points and 5.9 rebounds per game.

I think the combination of Reid’s talent and the Bears’ potential earns him a spot here. The 6-foot-4 guard/forward averaged 16 points and 10.8 rebounds per game while shooting 59 percent from the field. Reid is very strong and explosive in open space.

Miles is a tough shooting guard to contain offensively.  The 6-foot-6 prospect can score at the basket and connect from outside. Miles averaged over 18 points per game and shot 35 percent from deep.

Johnson is an elite two-way prospect at the high school level. The 6-foot-8 guard/forward averaged 22.2 points and 6.1 rebounds per game. Johnson holds offers from Florida Gulf Coast and Georgetown.

I could go a bunch of different ways in Palm Beach County. Stone Bureau

Stone Bureau 6'0" | PG Suncoast | 2024 State FL has been active this summer and has heard from schools such as Dayton, North Florida and UCF. The 6-foot point guard averaged 13.3 points, 5.8 rebounds and 5.2 assists per game. Bureau is very explosive on offense and defense coming out of the backcourt.