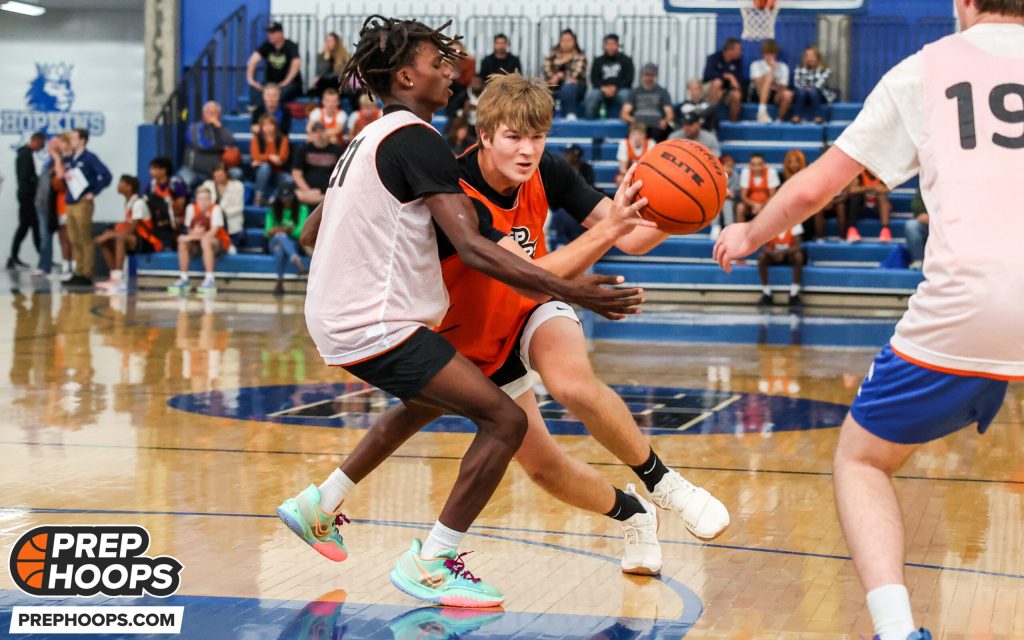 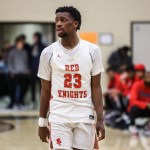 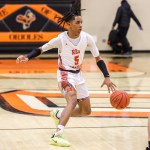 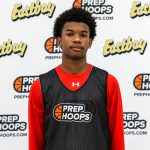 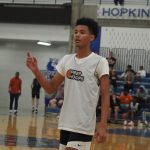 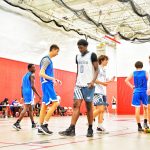 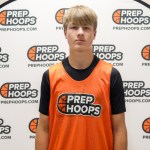 Who are some of the underclassmen that played and who were some that stood out from Minnesota in the Border Battle? We break it down now! Tian Chatman Tian Chatman 6'3" | SG Totino Grace | 2026 State MN of…

Who are some of the underclassmen that played and who were some that stood out from Minnesota in the Border Battle? We break it down now!

Tian Chatman 6'3" | SG Totino Grace | 2026 State MN of Totino-Grace (6’3 Freshmen).  The smooth frosh didn’t play much but when he did get in the game we saw a pair of corner threes made as well as a couple separation moves to get a step before the wing pass.

Dylan Christianson of Lyle/Austin Pacelli (6’1 Soph).  Dylan played some huge minutes off the bench scoring on all three attempts in the post and grabbing five rebounds.  Dylan also contributed as a backside help defender and screener for the Athletics as he’s a strong frontcourt player.

Jaleel Donley 6'1" | PG Benilde-St. Margaret's | 2025 State MN of Benilde-St. Margaret’s (6’1 Soph).  Donley had a three in the first minute and three threes in the last minute, and then in between there Donley missed all six of his attempts and had a lot of turnovers.  Donley has a ton of physical ability with led to his 12 points, five boards, and four assists, and his potential is very high as an athletic guard.

Jack Meincke Jack Meincke 6'1" | SG Lake City | 2025 State MN of Lake City (6’1 Soph).  I really like the way that Jack is developing.  His handle and initial separation move caught my eye as did his jump shooting touch as Jack knocked out three jumpers on his way to nine points off the bench.  A player that I think is really going to make a big jump and be a nice prospect.

Tyler Wagner 6'5" | SG Totino Grace | 2025 State MN of Totino-Grace (6’4 Soph).  Wagner’s jumper is his trademark and he got his feet set to knock out a pair of threes, a 15 footer, and a score at the rim.  The Eagles had a terrible time making up jumpers but Wagner was one option that made some.  Getting steadier every day.

Jalein Wilson of Benilde-St. Margaret’s (6’7 Soph).  Wilson spent much of the game going against one of the elite sophomores in Wisconsin who is a 6’10 strong center.  It was a difficult match-up that did put Wilson in foul trouble for a bit and he had a five straight field goal miss stretch in the second half trying to deal with that size.  That said, Wilson scored 18 points as he had a great start to the game making a three and using that face-up and low post skill to score on five of his first six attempts (five of six foul shots made overall).

Christian Wiggins 6'3" | SG Benilde St. Margaret | 2026 State MN of Benilde-St Margaret’s (6’3 Fr).  Wiggins is getting great minutes for BSM right now and he opened the game hitting two threes before missing the rest of his attempts.  Hit his average of six points per game.