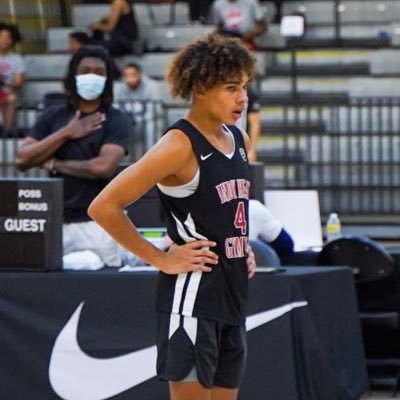 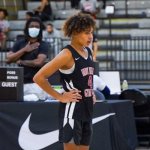 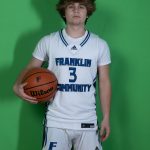 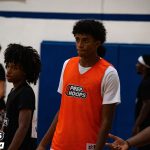 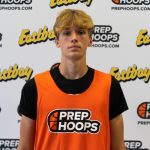 Here at Prep Hoops Indiana the fall means it is time to get out to high school open gyms. Indiana High School Basketball teams are now allowed two on court days a week and we take that opportunity to start previewing the upcoming season. So far I have hit Fishers, North Central, and Avon on the first week of getting out. Then, this week, I covered Connersville, Kokomo, Cathedral, and now here at Franklin. The Grizzly Cubs played their best basketball down the stretch last season winning Sectional 14 and advancing to the regional final before losing to Bloomington North. Despite still finishing just 12-15 overall, the postseason run should give Franklin plenty of confidence going into year two under head coach Adrian Moss.

A year ago, Franklin entered postseason play with an 8-14 record. They were struggling defensively and didn’t posses the offensive firepower to keep up when they had to play in the 60s. However, something clicked when things tipped off in Sectional 14. The Grizzly Cubs allowed 39, 45, and 45 points on their way to cutting down the nets. Then, they held Floyd Central to 51 points, well below their average, in the first round of regional to set up a rematch against Bloomington North. Back on December 18th they had lost 68-42 to the Cougars, but this time around the game went down to the wire before Franklin finally bowed out 75-69. Now, Coach Moss and company will look to run back that late season success in the 2022-2023 season.

Micah Davis 6'0" | PG Franklin | 2024 State #218 Nation IN holds the keys to the car that is Franklin’s offense. The talented playmaker averaged 14.8 points, 5.8 rebounds, and 2.3 assists per game last season and is poised for an even better junior campaign. Davis holds offers from IUPUI and Purdue Fort Wayne and has had several other mid-major level schools come through the doors at Franklin this fall to check him out. Expect to see him on the Indiana Junior All-Star team. His dynamic playmaking ability will be the catalyst for everything the Grizzly Cubs do offensively. He is ranked #6 in the Class of 2024 by Prep Hoops Indiana.

Aside from the star power that Davis provides, Franklin features a pair of returners that should experience breakout seasons. Junior guard Wyatt Nickleson

Wyatt Nickleson 5'11" | PG Franklin Community | 2024 IN was the team’s top three-point shooter last season making 46 of 129 attempts from beyond the arc. Nickleson was also the second leading scorer behind Davis averaging 7.8 points per game. In the front court, 6’6″ athlete Dylan Beverly

Dylan Beverly 6'6" | SF Franklin | 2023 State IN is back and coming off of an excellent summer. As a junior, he averaged 7.4 points and 3.5 rebounds per game but the sky is the limit for him this time around. His game has really improved and several in-state Division III programs are recruiting him hard as a result. Expect to see a big senior season from Beverly.

After finishing football season for the Grizzly Cubs, 6’3″ John Shepard will take the hardwood and provide some muscle to the Franklin lineup. Additionally, a pair of sophomores are coming on strong and look to be solid rotation pieces for this upcoming season. 6’6″ forward Kolt Nelson

Kolt Nelson 6'5" Franklin Community | 2025 IN is ranked #78 in the 2025 class by Prep Hoops Indiana and is coming off a strong summer. He has good face up skill, is very mobile for his size, and will rebound the basketball on both ends of the floor. 5’11” guard Jace Nielson is an excellent three-point shooter and will likely be on the receiving end of several Micah Davis

A run to the regional final in last year’s tournament has heightened the expectations at Franklin entering this season. Returning three of the top four scorers, including the star point guard in Micah Davis

Micah Davis 6'0" | PG Franklin | 2024 State #218 Nation IN , makes those expectations more realistic. The Grizzly Cubs should experience more regular season success this year, but it will be all about tournament once again for Coach Moss and his group. Cutting down the Sectional 14 nets for a second straight year would certainly be a good starting point.