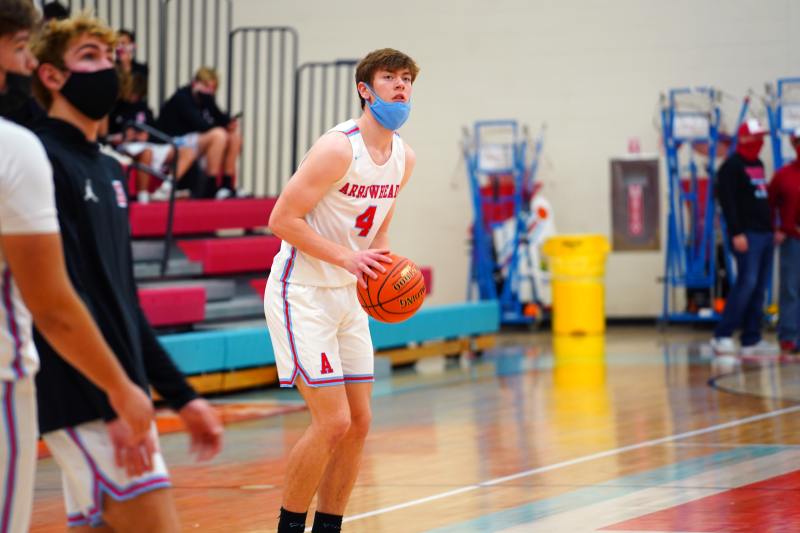 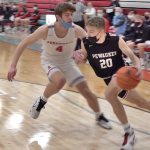 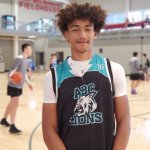 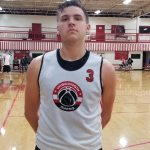 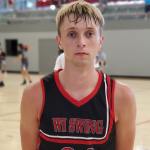 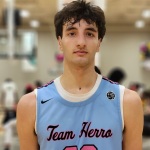 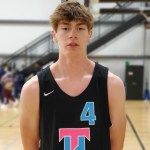 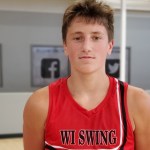 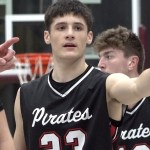 There are only a few players in this state who may mean more to their teams than Parzych and even that might be debatable.  The Northern Michigan commit just appears to be the difference from Tosa East being an above average team to a potential state championship squad. Time and time again, it’s Parzych who turns the tide. Franklin had the Red Raiders right where they wanted them in the first half. The game was ugly, slow-paced, and every possession was a battle. Once again, it was Parzych who blew the game open. The senior guard collected back-to-back steals and took it the other way for transition buckets. From there, Tosa East was in control the rest of the way. Parzych also ended the first half with an assist that led to a dunk. Once the Sabers made their move in the second half, Parzych answered with a corner triple.  Parzych finished with a team-high 17 points. He also took a couple of charges and rebounded the ball extremely well on Saturday.

Capstran scored 21 points in Saturday’s loss at Tosa East. This kid just has the type of game that’s going to carry him through the YMCA leagues for 30 more years. Capstran will likely find a good home at the Division 3 level before then, but his old school  post skillset makes him impossible to defend at times. The 6-foot-5 forward loves to go 1-on-1 on the block.  Capstran has a ton of tools on the block, can score going away from the rim, and has a feathery touch. Capstran won’t wow anybody with size, length, or athleticism, but plays with quick feet and can get to his go-to moves in a hurry.  Also able to step away from the rim and shoot the rock, Capstran has good pick n’ pop potential at the next level.

A prospect I’m still pretty high on and someone  who could be a game changer at the Division 3 level, Dotson had 14 points in a loss to Pewaukee.  Dotson really looks the part physically as a long and strong 6-foot-7 forward. Right now, most of his damage is done on the interior with a  relatively polished back-to-the-basket game, but he does show flashes of being able to step away from the rim and shoot/handle the ball. Dotson is a playmaker in transition and can get up and down the floor. Defensively, he’s got the motor and plays with a chip on his shoulder. Given all the talent he’s played with over the past four years, Dotson has never been “the guy” for Brown Deer, but I think his best days are still ahead of him.

If the Pirates win the state title, Hintz will be a big reason why.  Maybe the biggest unsung hero in the state, Hintz had 23 points in Thursday’s win over Brown Deer.  Given all the talent Pewaukee has, Hintz just doesn’t get his due as a prospect. The senior guard point really ties it all together and keeps the Pirates operating like a well-oiled machine.  A speedy, high IQ playmaker, Hintz let it be known that he will torch teams if they forget about him. Hintz has a very quick first step off the dribble and constantly keeps the pressure on opponents by putting his head down and getting into the paint or just probing in the teeth of the defense. He also knocked down three triples, which was a bit of a surprise as well.

A.J. Hintz PG Pewaukee | 2021 State WI came up with 23 points to help @PewaukeeHoops cruise to a Division 2 sectional semifinal win over Brown Deer.@ajhintz20 is a big sleeper in the 2021 class. pic.twitter.com/FbqLI3BpYY

Janowski has the makings of a lethal scorer in this state over the next several years. Scoring 19 points off the bench, Janowski helped Pewaukee blow out Brown Deer on Thursday. The 6-foot-3 lefty has a silky smooth touch in the mid-range.  Love the way he can create space with just one dribble and stay in rhythm despite a hand in his face.  A prospect that’s gotten better and better since the start of the season, Janowski had unwavering confidence for a freshman.  Pewaukee gives him the freedom to hunt and take a lot of tough shots, push the ball in transition, and play different spots offensively. He’s not there yet defensively, but the 6-foot-3 wing shows flashes of being very versatile on that end of the floor and a definite want-to when it comings to bowing up and shutting his man down. Right now, I see Janowski in the top three of the class of 2024 rankings once they’re revealed.

Momcilovic shot the ball as well as I’ve seen from him. The 6-foot-8 forward came right out of the gate and started torching Brown Deer, setting the tone for a blowout victory.  A mismatch nightmare who can space the floor, handle the ball,  and score on the block, Momcilovic showcased his vast and versatile skillset.   Momcilovic really flashes in the post, using a deadly Dirk Nowitzki fade-away off one foot. Pewaukee uses him well in the pick n’ pop game and will let him actually create off screens with the ball in his hands as well. Still pretty raw physically, Momcilovic has plenty of room left to grow into his body, which makes him a scary prospect right now.

Can see Raasch playing his way into the 2022 rankings this summer. Was very impressed by the junior guard in the second half against DeForest. Raasch was a run stopper for a large portion of the final period. Initiating offense at the top of the key, Raasch had a matchup he evidently liked and took his man right to the rim for a handful of easy buckets. A quick, speedy guard who  can handle against pressure, Raasch gave Arrowhead a nice boost with his downhill scoring and drive and dish playmaking.

Said it before, I’ll say it again,  Singleton  might be unorthodox as a player and undersized positionally (6-5), but I’d take him on my team any day. Arguably the best junkyard dog in the state, Singleton came up with 17 points to help Tosa East knock off Franklin, including a nice surge in the second half to keep the Sabers at bay. Singleton is relentless in a variety of ways. In the half court, he’s constantly back-cutting and looking for easy buckets around the rim. Every time a shot goes up, Singleton believes each rebound is his.  In transition, the senior is often leading the pack and  loves to be the guy who swings momentum in his team’s favor with an above the rim play. Defensively, Singleton can guard a variety of positions. He’s gritty, lays his body on the line,  and his added length allows him to control the glass.

Weisbrod scored 33 points, including 27 in the second half to lift DeForest past arrowhead. The junior guard was about as efficient as it gets. Weisbrod   scored those 33 points on 10 shots from the field, going 18-of-18 from the foul line, including six-straight makes down the stretch to put the game away. A high-IQ combo guard who just refuses to take bad shots, takes care of the ball, and makes the right plays at the right time, Weisbrod was outstanding for DeForest to not only overtake Arrowhead, but protect the lead down the stretch. Facing  ramped up pressure over the final few minutes, Weisbrod either got his team an easy bucket or found his way to the foul line.

Max Weisbrod 6'3" | CG DeForest | 2022 State WI would not be denied a trip to state. Junior guard came up big for DeForest down the stretch in their sectional final win. @Weisbrod_3 pic.twitter.com/XIHF8Pa7b8

Wrecke showed why he could be a top 1-2 player in the 2023 class. The sophomore wing exploded for 33 points in Saturday’s loss to DeForest. Now that he’s not only consistent with his perimeter jumper, but hitting at a high rate, Wrecke pairs that with an aggressive slashing mentality and above the rim athleticism.  Wrecke knocked down six triples against the Norskies and frankly kept Arrowhead out front for most of the game with his timely shooting. The 6-foot-3 wing  is starting to emerge as a three-level scorer  and his confidence appears to be growing by the day. A Division 1 talent, Wrecke capped off a breakout sophomore season with a lasting impression despite the loss.