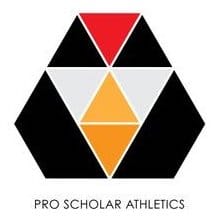 The PSA Cardinals have a talented group of 2024 prospects who will be names to know within the coming years. PG Danny Carbuccia 6’0 ’25 MottHall Academy (NY) Carbuccia is an on the go guard who lives to play fast…

The PSA Cardinals have a talented group of 2024 prospects who will be names to know within the coming years.

Carbuccia is an on the go guard who lives to play fast and glides when he is moving. He attacks downhill relentlessly and scores the basketball with confidence from a variety of spots on the floor with both hands. Danny also knows how and when to get his teammates the ball being a willing passer. He plays with the same energy on the defensive end as well. He also isn’t afraid to box out whoever is nearest to him regardless of their size.

PG Johnuel “Boogie” Fland Jr. 6’2 ’24 Archbishop Stepinac (NY)
Fland is a dynamic guard who is a natural scorer and sharp creator. He has the demeanor to score from a plethora of spots at any given time. Boogie has a quick release on his jump shot. He is very comfortable playing out of the pick and roll and finding the post. He is always communicating and brings a lot of energy to the game. Boogie uses his angles on defense and makes opponents uncomfortable with his on-ball pressure.

W Anthony Gilkes 6’6 ’24 IMG Academy (FL)
Gilkes is a budding 3&D man who has the ability to make plays on both sides of the ball. He is comfortable putting the ball on the deck and getting into the lane whenever he wants to. Anthony glides into the lane with ease and plays off of two feet. He has a smooth stroke from the perimeter which makes him a capable shooter. He lets the game come to him and has a nice sense of where his teammates are on the floor. Gilkes is very comfortable playing in transition. On the defensive side, his long arms help him cover a lot of ground, which can lead to coming up with steals.

Pierce is a bullish guard who is a dynamic playmaker on both ends of the floor. He embraces contact and seeks it out when attacking. He can play off of two feet around the rim. Dwayne is also comfortable playing out of the pick and roll and knows the spots he can convert from. He is a capable shooter with a fluid shooting stroke. He is comfortable guarding on the perimeter in addition to being able to alter shots on the low block.

F Abraham “Abe” Rosario 6’8 ’24 Evangel Christian School (NY)
Rim runner with a soft touch around the rim. Abe crashes the glass hard on both ends and comes up with 2nd chance efforts on offense. Rosario is comfortable passing out of the post to either find the shooters and or moving cutters. He is very patient out of the post and doesn’t try to rush things into existence. Rosario has a good base and a nice presence defensively to protect the paint. Abraham’s best basketball is still ahead of him.

PG Jayden Williams 6’0 ’24 Blair Academy (NJ)
Williams is a table setting guard who does a great job of controlling the game. Jayden has a solid build which allows him to play through contact easily. He has a high basketball IQ and awareness of the game. He plays very selfless and does not need to always score the ball to make his impact felt on the game. Jayden has the skill to successfully get passes into tight gaps to the open slashers. He is a capable shooter who can score from a variety of areas on the floor.

Other prospects to keep an eye on…

F Terry Copeland Jr. 6’8 ’24 Bergen Catholic (NJ)
Copeland is a wide-body post whose size allows him to clog driving lanes. On the offensive end, Terry is resilient out of the pick and roll and has a nose for the rim 6 feet and in. He is a brick wall screener which allows for his guards to create without any hassle. He can also score coming off of pin downs. He closes out hard and finds a body to box. His energy is always felt and doesn’t take plays off.

F Maliq Miller 6’7 ’24 Christ The King (NY)
Miller is comfortable playing with his back to the rim and finishes well on either block. Maliq is a confident rim runner. He finds a man to box out and uses his momentum well. Miller’s nice mix of length and size allow him to cover ground efficiently and make passing lanes even smaller. Maliq has a lot of untapped potential and will see the growth in his game sooner rather than later.

Mucius is a long budding wing/guard who has a great handle. He is a capable shooter from three and can get into the lane with ease. His length allows him to be a versatile defender a clog passing lanes easily and cover lot of space. He has a smooth release on his jump shot. His game will blossom quickly once he starts to develop more into his frame.

C Steven Solano 6’11 ’24 Christ The King (NY)
Solano is a colossal rim protector whose presence is felt on both ends of the floor. He is a powerful dunker inside and can also score on the low blocks. He saves a lot of baskets on the defensive end by altering and making tough looks for opponents to try to shoot over him. Solano has a lot of untapped potential and his best basketball is still ahead of him.

CG Samir Thomas 6’4 ’24 Gill St. Bernard (NJ)
Thomas is a stocky guard who adapts quickly to the circumstances thrown at him. He lets the game come to him. Samir uses his body well as a shield to block off opposing defenders. Thomas is very comfortable from 3 and if you do not cover him, he can score it in bunches. Defensively he gets into your grill and will be a constant pest the whole night causing you to feel pressured and uncomfortable.