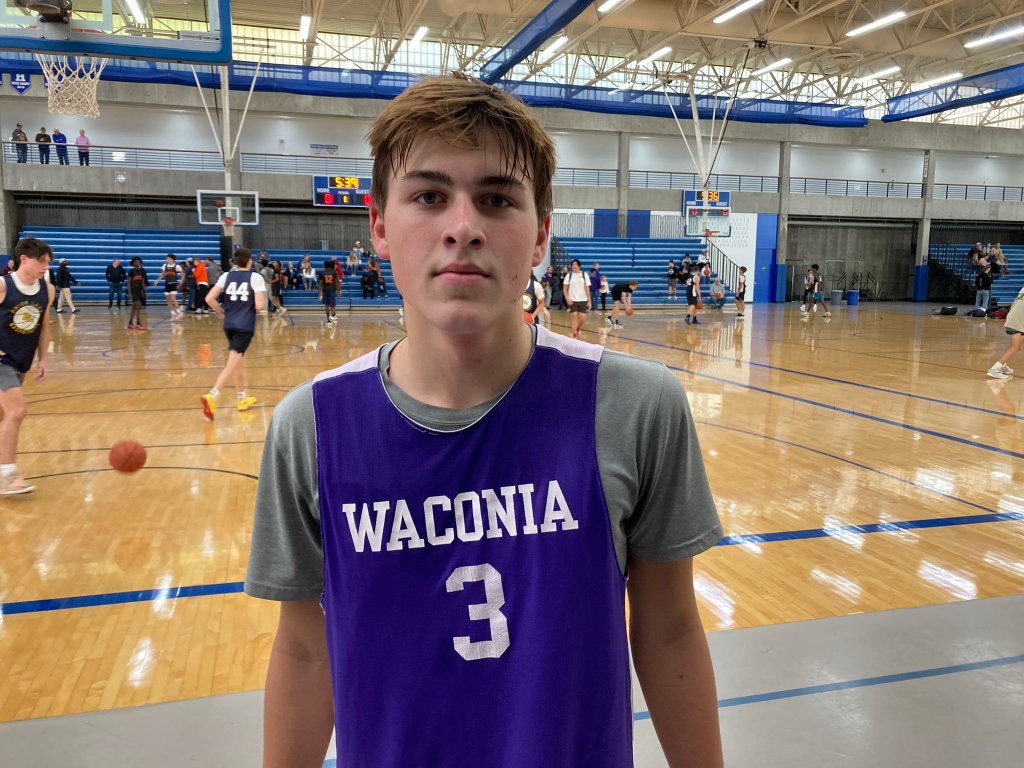 Waconia went on the road to Jefferson and got a brilliant performance from Gavin Olson to overcome 30 points from Daniel Freitag Daniel Freitag 6'1" | PG Bloomington Jefferson | 2024 State #76 Nation MN . Here are five things…

One. Awesome Team Game. Waconia played great team basketball to get their 18 point win. I had the Cats for 23 assists on their 29 baskets as they sliced the Jefferson defense (a small Jefferson line-up which is important to know) with great ball movement. Ty Miller Ty Miller 6'5" | SF Waconia | 2023 State MN led the team with seven assists to go with his three scores and seven boards while Gavin Olson was as good passing the basketball as he was shooting it. The Cats also got nine threes with that ball movement (Olson had four, Tate McDonald Tate McDonald 6'2" | PG Waconia | 2024 MN and Ty Miller Ty Miller 6'5" | SF Waconia | 2023 State MN hit two). The scoring was balanced too as Chris Fulford had a ten point/ten rebound double double, McDonald scored 11 points and junior Jackson Hayes

Two. Olson with the O. Gavin Olson was one of the biggest fall surprises this year with his Nickle Dickle run and several outstanding fall league performances. He’s had a nice year averaging 11 points a game but tonight he had the game of his career. Olson scored 26 points making 10 of 16 shots and he did a brilliant job setting up his shots with off ball movement to get to space to catch and score. He also passed the ball really well totaling six assists but the perimeter stroke (four threes) mixed with the attacking shots in mid-range led to way too much offense for Jefferson to locate.

Daniel Freitag 6'1" | PG Bloomington Jefferson | 2024 State #76 Nation MN . The Jags are not big this year not as talented as last year so Daniel has to do a lot. He opened this game with two outstanding makes at the cup and then five jumpers that included a variety of threes and then two made range jumpers getting separation and lifting into the soft make. He started fantastic making seven of his first eight makes but then a run of struggle included two runs of five straight misses. His scoring ability reminds me of a two guard version of Johnny Davis because Daniel is so explosive, so strong, and so good with a step. In all he scored 30 points making four threes, 6 of 8 foul shots, 10 of 21 shots in all plus seven boards and an assist.

Four. What’s Next? Waconia is on a two game winning streak now improving to 3-9. They’ve had some ugly, ugly, ugly losses to good teams this year. Have they turned the corner? We will find out because BSM and Orono are next. Jefferson is now of 7 having lost four in a row. Before those losses though, Jefferson won four in a row and their next five games includes four contests that are quite winnable.

Five. Underclassmen Report. Jefferson played a couple sophomores in their rotation: 6’0 guard Marcus Horton and 6’4 wing Thomas Rowland. Horton hit a three and grabbed four rebounds while Rowland made a couple foul shots and also grabbed four rebounds. As for the Cats, freshman Will Kirsch Will Kirsch 5'11" | PG Waconia | 2026 State MN was on the bench in street clothes.