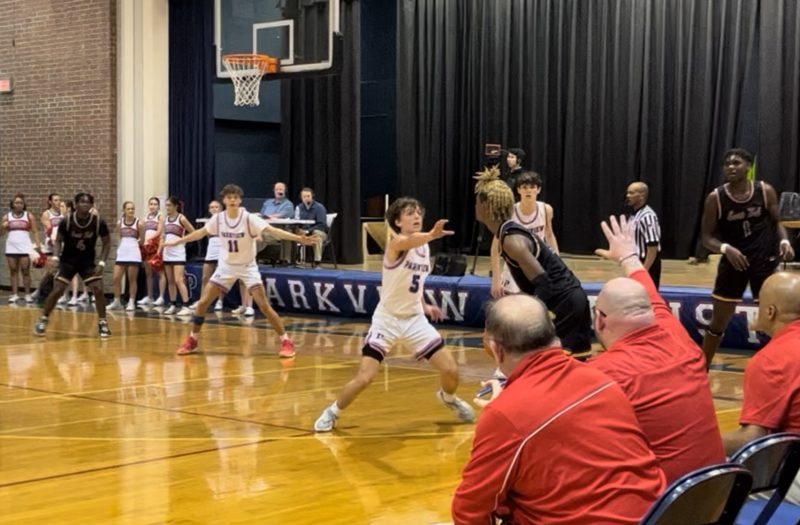 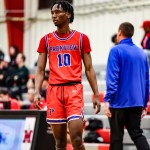 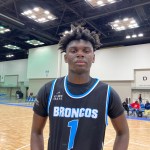 Parkview Baptist had all the answers necessarily Tuesday to cool and stifle a red-hot East Feliciana for a big midseason win. First-year coach Brad Voight’s squad’s active hands defensively helped build a double-digit lead and hold off the Tigers’ second-half…

Parkview Baptist had all the answers necessarily Tuesday to cool and stifle a red-hot East Feliciana for a big midseason win.

East Feliciana (12-5) had won eight straight, including matchups notable matchups this past weekend against University Lab and Alexandria, to earn the the No. 2 position in the Division-IV non-select power rankings.

Parkview Baptist (14-9) is now No. 12 in the Division-III select power rankings since bouncing back from an early 2-5 start to the season.

Trey’dez Green 6'8" | PF East Feliciana | 2024 State #44 Nation LA , helping slow the high-profile prospect’s impact until the third quarter and making him work for any position, rebound or points he got. Stewart, a recent Centenary football commitment, showcased a good combination of strength and lateral quickness to battle Green, as well as ball-handling skill and timing on his steals and passes. He finished with five points, a team-high seven rebounds, three assists and three steals — including back-to-back steals in the fourth quarter to regain momentum and stretch the lead back to double-digits.

The sophomore guard led the Eagles’ offensive punch with his confident, fearless attacking of the lane and basket. Brumfield showed good vision and a quick step to get past defenders and craftiness to get his shot off despite the athletic shot-blocking presence Green represented for the East Feliciana defense. Brumfield finished with a game-high 17 points, dished out four assists and grabbed a couple rebounds and couple assists.

The son of football coach Stefon LeFors helped stretch the Tigers’ defense with three 3-pointers, including a halftime buzzer-beater, and added a timely fourth-quarter putback on the first of the aforementioned Stewart-led fast-breaks to help shut down East Feliciana’s rally hopes. The three makes from beyond the arc tied for the game-high.

The 2024 star, a highly regarded basketball and football prospect, showed some flashes for his talent and potential in the first half before completely taking over for a stretch in the third quarter to help East Feliciana come roaring back to within two. Green pairs good quickness, mobility and overall athleticism with his length and leaping ability to be a consistent frustration for opponents to attempt to keep out the lane or off the glass or to get clean shots off against. He moves well enough on the perimeter to defend most ball-handlers and still get back inside to protect the rim on most plays. And his aggressiveness to get his hands in passing lanes, steal or knock away dribbles or dive for loose balls is impressive.

Green led all players with 11 rebounds and three blocked shots — altering many more — and tying for the game-high with three steals. And even after a slower offensive start, he scored 12 second-half points to lead the Tigers with 16 points overall with a versatile mix of putbacks, post moves and hook shots, drives and a 3-pointer from the corner.

The Tigers’ veteran floor general was the steadiest hand as they coped with Parkview Baptist’s consistent pressure. Martin hit a pair of his team-high three 3-pointers early to help lead the offense and filled up the stat sheet with 13 points, six assists and six rebounds in all.