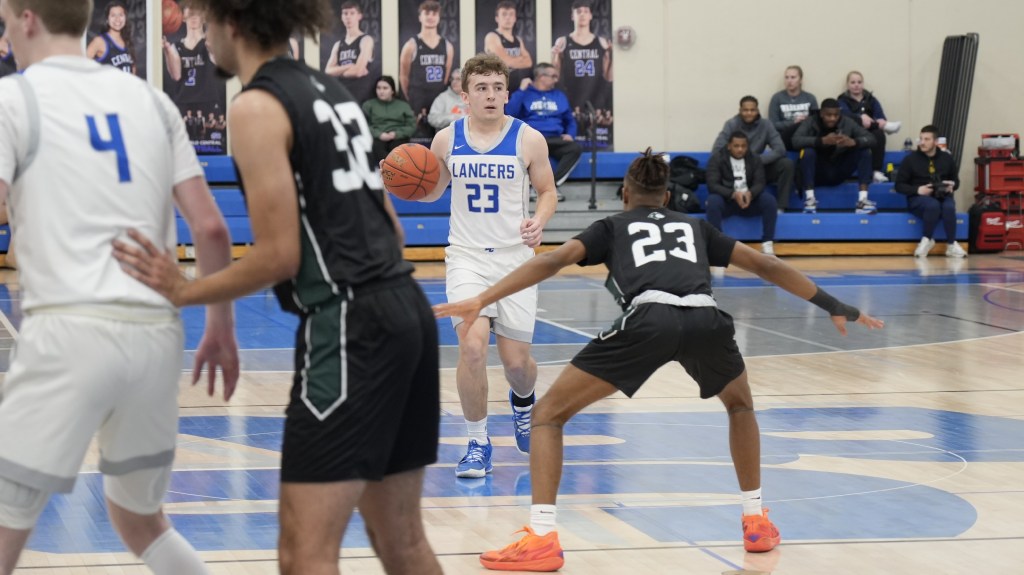 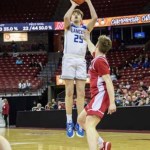 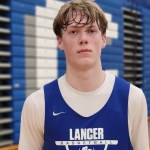 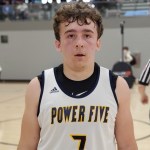 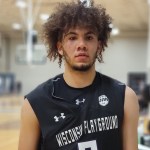 With UW-Milwaukee watching on Tuesday, Daugherty earned an offer from the Panthers. We’ll see what transpires over the spring and summer, but it feels like the transformation for Daugherty to small forward is pretty much complete. Daugherty forced some shots early, but broke out of a slump en route to 25 points on 7-of-20 shooting. The 6-foot-8 junior was particularly effective at working in isolation and scoring in the mid-range. His ballhandling, ability to play low to the ground, and explode off the dribble have come such a long way in two years. He’s still a little raw physically, but you’re seeing Daugherty play a lot strong off two feet and able to score against contact down on the block. Love some of the footwork Daugherty displayed on a Tuesday, including a baseline spin with his back to the basket, or a reverse pivot into a fallaway jumper. Daugherty also passes the ball out of the post exceptionally well and makes it hard to send double teams. Saw him start to really break out in the Nike EYBL last year. I’m expecting a major offer run once schools get in front of Daugherty again.

He didn’t score a ton of points on Tuesday, but don’t think the Lancers win without Edmond. The senior guard had six points and two assists, but it was his defense that was subtly a difference maker. Going up against an 18-point per game scorer, Edmond really limited his shot attempts. Edmond fought through screens and was always right there on the catch. Nothing got into the paint against him either. Just felt like Edmond’s man was never able to get a high percentage look against him, nor did he get comfortable. Through 36 minutes, Edmond was just very sound on that end of the floor, didn’t foul, and also ran the point guard position well — particularly late when Central was trying to kill the clock.

Saw some big spurts from Geske in fall league. He’s continued to have a solid junior season. In Tuesday’s win, Geske scored 21 points (7-12) to go along with four rebounds and three assists. With Central trailing by six at the break, Geske got his team going in the second half. Geske doesn’t do anything spectacular on the floor, but he takes advantage of his opportunities as well as creating them. The 6-foot-3 wing is a deadly shooter from the outside, he makes good, hard cuts to the basket, and will stick his face in the fan for second chance points. Central can move Geske around in their offense. He’s versatile enough to play on the block. Also think Geske is sneaky athletic and is a factor in transition. A swiss army knife who can play a variety of positions and do a little bit of everything on the floor, Geske has emerged as a strong x-factor for the Lancers.

Despite battling foul trouble in both halves, Peters had a monster game. The senior forward dropped a game-high 32 points and never slowed down when he was on the floor. Wouldn’t say Central was aggressive about limiting Peters’ touches or sending bodies at him, but when Peters did have to play in traffic, he was still very effective — able to finish with either hand, spin around defenders, or jump stop through tight gaps. Going back to last season, Peters has vastly added to his skillset. A strong, 6-foot-8 forward, Peters can handle the ball and break down opposing forwards. He’ll even run a little bit of point-forward and is starting to shoot it quite well from 3-point range. Division 1 teams still in need of a post — Peters is a guy to get on.