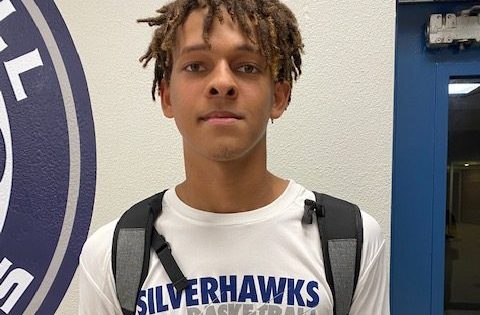 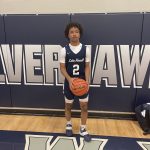 Despite their records, Lake Howell and Orangewood Christian School have talent. Lake Howell is young, with two seniors surrounded by underclassmen. Orangewood is an older group heralded by their senior backcourt. Let’s get into the night’s standouts and talk about…

Despite their records, Lake Howell and Orangewood Christian School have talent. Lake Howell is young, with two seniors surrounded by underclassmen. Orangewood is an older group heralded by their senior backcourt. Let’s get into the night’s standouts and talk about their recruitment. 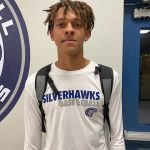 Adrian Rodriguez 6'5" | CG First Baptist Academy | 2024 State FL shot 5 of 8 from three. Rodriguez is confident in his stroke knocking down 4 of his 5 attempts off the catch and relocating for the final after a tough closeout. At 6’4 with an athletic frame, he’ll be someone to track. His primary AAU team is the Q6 All Stars.

Wesley Bonner continues to impress with his playmaking. He stuffed the stat sheet with 16 points, 5 rebounds, and 4 assist. He’s an aggressive driver with the handle to break down a defender. When he gets to the paint, he uses his body to shield the ball from help defenders. The same situations open up his passing where he can find the open man or make the skip pass to the corner. Bonner combines a nose for scoring with good court vision as a 6’1 combo guard.

Mekhi Thompson is a borderline prospect for me. He has the size and length at 6’3 to fit a role at the next level, but he’s raw. Despite that, he’s confident and aggressive in the moves he makes. He hit shots in the mid-range and is a decent athlete. 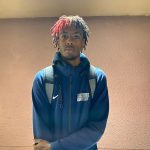 Jahmeir Henderson 6'3" | SG Oviedo | 2023 FL continues to be an above the rim athlete. He finished well on the break, throwing down a two hand dunk and an and1 with heavy contact. He’ll be a guy who checks off several boxes athletically. Henderson tells me Sage College and Barry University are showing interest.

In the absence of lead guard Kesean Lowe 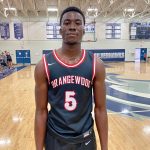 Jerry Addo Boateng 6'3" | CG Sanford Seminole | 2022 State FL is a really athletic guard. His speed on the court makes him an effective downhill driver and transition player. He rebounds well for the position, grabbing boards off the lip of the rim. Put a body on the senior or he will make a play. Ado-Boateng finished an alley-oop and chased guys down to affect shots in transition. The senior has a college-ready body with the strength to match. Rhode Island College is currently showing interest in the 15 points a game scorer. 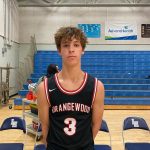 Caeden Duford has the size to play lead guard at the next level. He’s 6’1 with a smooth handle, pinpoint passing, and shoots the ball well. Duford focuses on running the offense and still scores a team-high 17 points a game. The senior is currently receiving interest from Dallas University, Palm Beach Atlantic University, King’s College, and Luther College.