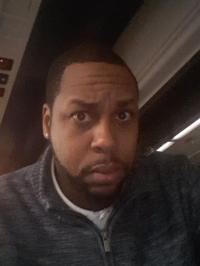 This talented trio is a few years early for Prep Hoops Illinois, but their performance Sunday was worth the award.  Troy D’Amico, Anthony Sayles, and Elijah Bull all play for AIA Elite 7th grade team that competes in the high school division in the fall league.

D’Amico is a forward with a smooth game.  He can pick and pop and has good range from three.  D’Amico showed how well his face up game is as well catching the ball a few times at the elbow and making solid drives the basket.  The young forward’s biggest moment came at the end of a tie game when he was fouled hustling for an offensive rebound.  D’Amico made both free throws giving his team the win.  Finished with 15 points.

Sayles is versatile wing who can play lead guard at times for his team.  He has size and a very good skillset that will continue to grow as he gets older.  Sayles put his team on his back anytime they fell behind.  He got key stops and scores in many spots.  Like D’Amico, he is at a good size at his age and is comfortable in the open court with the ball.  He isn’t afraid to mix it up a little inside the paint.  On his drives he is able to take contact and finish through defenders.  He had 16 points.

Bull is the guard who runs the show for his team. The pint size point guard has high level ball control and solid basketball IQ.  Bull steadied the pace for his team every time they felt the tempo was too fast.  He changed the game by making two deep three pointers and getting in the lane to find his teammates.  Bull is an exciting guard to watch if he’s scoring or looking to others for buckets.  He’s an up and coming talent.  Bull had 6 points with 11 assist.

Wire to wire tight defensive game.  Troy D’Amico (15 points) sinks two free throws with 1 second left to win the game for Bucks after hustling down an offensive board and getting fouled on the put back.  Anthony Sayles had 16 for the Bucks.   Isaiah Turner had 26 for the Pistons.

Knicks jumped out to an early lead, and led 26-20 at the half.  Second half scoring outburst from Spyros Vaselopulous (13 points) and Diego Andrade (12 points) combined with tighter defense and frustrations for the Knicks led to a Heat victory.  Teddy Oline led the Knicks with 11.

The Magic never recovered from a slow scoring start and fell to the Hawks despite 14 points from Danny Rice, 12 of which came in the second half.  Joseph Verde led the Hawks with 20.

The Nets cruised to victory over the Wizards, exemplifying great ball movement and teamwork.  The Wizards to their credit kept fighting until the time ran out and seemed to be learning from the high powered Nets.  Hayden Katz and Lucas Fleischer led the Nets with 18 apiece.  Noah Reinstein had 13 for the Wizards in the loss.

An undermanned 76ers team put up a great fight against the balanced scoring of the Celtics.  The Celtics looked to pull away on multiple occasions, but every time the 76ers battled back into the game.  When 76ers leading scorer Cole McKinley (18 points) left the game with 15 minutes to go the tide seemed to be turning, but Chuck Sweat (11 points) and Lucas Ledgerwood picked up the slack.  Ledgerwood scored all 7 of his points in the second.  Noah Segal led the Celtics with 13 and Ryan Henry had 11.

It was a battle of city versus suburbs as the hardnosed Cavs gave the Hornets a wakeup call in convincing fashion.  Anthony Papianaou led the Cavs with 24 while Cole Beerman and Steven Feldman had 12 apiece for the Hornets.

The Pacers had no answer for the size and speed of the Thunder, but that is not to say they did not look for them.  From start to finish the Pacers did themselves proud as they continually battled back into the game.  Although the Thunder finished with a sizeable lead, the Pacers often had the game within striking distance.  Collin Calcagno led the Thunder with 20 while Noah Shutan led the Pacers with 12.

The Bulls took their first defeat of the season in convincing fashion to who are now the only undefeated team remaining – the Rockets.  The inside presence of Brad Perry (20 points) and lights out shooting of Tommy Digan (28 points) poked holes in the Bulls defense from the start, and despite 16 from Danny Siegel and 12 from Zach Rothenburg the Bulls found their matador.

Hollywood put on a show as the Clippers had to go to overtime to decide this one.  The Lakeshow led 37-30 at half but come the final 13 seconds the game was the Clippers to lose.  A key steal by Christos Vassilakos off an errant inbounds pass forced the game to overtime.  In OT Connor Sullivan put the final touches to his 24 point performance to put away the Lakers.  Max Claypool shared Sullivan’s game high with 24 of his own.  Tyron Bates led the Clippers with 22, peppering jumpers, drives and and-1s while Nathan Dziekan did work inside for the Lakers to the tune of 18 points.

The undefeated Grizz took their first loss of the season, but did so begrudgingly.  Despite having only 5 players the Grizz played up-tempo and applied ball pressure throughout the game.  Kurt Zachary again led the Grizz, this time with 22.  Jalen Nelson had 16 for the Warriors on top of beating up Grizz point guard Niko Richardi with his superior size inside and on ball defense.