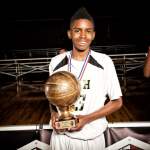 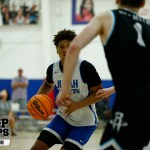 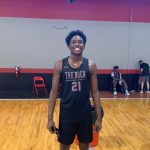 The first week of the high school season belongs to Independent and SIAA teams. Wade Christian Academy, Central Pointe Christian Academy, The Rock School, and IMG are on the slate for analyst Allen Pettigrew Jr. Wade’s 1-2 punch look to get off to a hot start, while Florida’s number #1 ranked sophomore starts his season, a talented group from Kissimmee look to make a statement, and a group of 2024s prepare for more varsity action.

This group started a busy week on Monday with their first of five games. They played Downey Christian and American Collegiate Academy in the first half of the week. On Thursday and Friday, they’ll play Central Pointe and The Rock, closing out their week in search of their first win. Gordon Eaddy leads the team in scoring after 24 and 27 point performances on great efficiency from the field. The guard is currently shooting 7 of 15 from three and 10 of 14 from two while averaging 4 assists. I’ll be keeping on close eye on how he’ll add to 11 total steals and 15 free throw attempts over the next two games. 2022 forward Turuk Rundial Turuk Rundial 6'8" | PF Wade Christian | 2022 State FL is second in scoring at 12 points and 5.5 rebounds a game. 3 of his 5.5 boards are coming on the offensive end. Senior guard Gioni Berry has been a beast on the boards with 10.5 a game and only stands 6’2. 2023 guard Victor Centeno may have a big playmaking season in store as he leads the team in assist at 4.5 a game.

CPA has size and skill returning from its undefeated conference winning team last season. I expect Mykol Sanchez Mykol Sanchez 6'6" | PG Central Pointe Christian | 2022 State FL to take a leap his senior year after the summer he had with South East Elite. The 6’6 senior is an athletic shooter that can finish at the rim and is a savvy secondary playmaker. Lamine Niang is going under the radar as a 6’10 center that can block shots and finish above the rim. He’s going to be a prominent target out of the pick and roll and dunker spot. Transfer Jalen Carruth

You know the names for The Rock School by now. Ryan Jones

Ryan Jones 6'9" | PF The Rock | 2024 State #46 Nation FL , consensus 5 star prospect a gold medal win in Mexico and a weekend of blue blood recruiting trips. Freshman Evan Sterck is playing above his years as a scorer. In his pre season game against London Basketball Academy, he scored in double figures hitting shots off the dribble including several threes and showing his high basketball IQ. His older brother, Jacob Sterck

Dallas Jones 6'4" | CG The Rock | 2023 State FL will penetrate the paint to create scoring opportunities for his guys. Moses Horne

Joshua Hayes 6'9" | PF Gainesville | 2023 State FL who will clean up plays and use his verticality to challenge at the rim.

I wrote a team preview on this group of talented 2024s yesterday so I won’t spend a lot of time on them. They’ll play Montverde on Saturday for their first challenge of the season. IMG has a great rotation of guards led by Myles Kirby