Breakdown Summer State Tournament: The Best of the Frontcourt 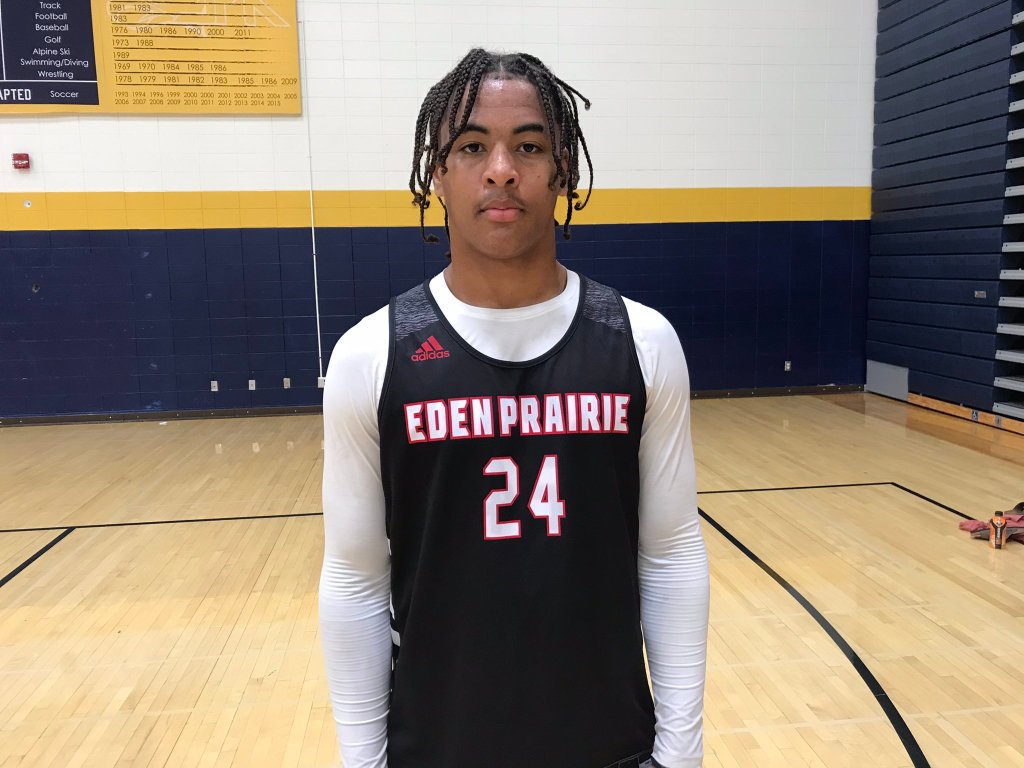 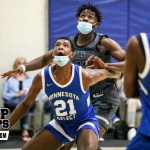 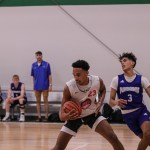 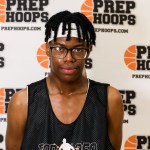 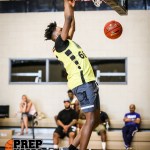 The Breakdown Summer State Tournament was held this weekend with most of the state’s elite talent.  What players stood out the most?  Prep Hoops gives you our rundown.

Mekai Edwards of Cretin-Derham Hall (6’5 Forward, 2024).  Edwards is one of the three transfers CDH had this weekend that greatly helped their team get to the championship game.  Edwards was the player bouncing to the rim with regularity finishing lobs from Holloman and playing an active game.  Young talent but a talent with upside.

Puolrah Gong of Mankato East (6’6 Forward, 2022).  Gong played the best game I’ve seen him play.  Showed off the touch with four threes and two pull-ups jumpers and then filled the rest of the 10 of 14 shooting for 25 points with active scores that we’ve seen from him many times.  Gong has potential, so when he becomes a bit stronger, a bit more consistent, and a bit more more comfortable with the all around skill, you could see a future scholarship player.  The talent is there.

Donnavin Hinsz 6'6" | PF Columbia Heights | 2022 State MN of Columbia Heights (6’6 PF, 2022).  Physically Hinsz is on a different level than those he faces. He’s every bit of 6-foot-6 but is also agile and strong to go with it.  When he leaves his feet to finish, board or contest, it’s a massive from that players just bounce off of.  He didn’t have his best game against BSM when we watched his team play but the physical ability of Hinsz is very clear.  He’s the type of active four man that can defend the pick and roll and be a deep paint finisher and rebounder with good numbers.

Chiddi Obiazor of Eden Prairie (6’6 Forward, 2023). Chiddi was one of the most impressive players at the event and certainly the guy that is way better than I realized.  Chiddi dominated play in half one, took a long break to start half two, then went by bigs with the dribble and finishing at the cup twice before the lengthy North help defenders could bother him.  Obiazor bounced over those same bigs for a nasty putback dunk followed by a putback where he was fouled and hit both foul shots.  The final basket was a pair of change of direction dribbles into a finish at the cup. Obiazor’s confidence, skills, agility, and overall physical dominance make him a much better prospect than I realized.  He’s one of the best talents in Minnesota BUT he is also a fantastic football prospect as well.

Joshua Ola-Joseph 6'7" | SF AZ Compass Prep | 2022 State #166 Nation AZ of Osseo (6’6 Forward, 2022). Do I call him a wing?  A forward?  How about both!  Ola-Joseph gave Osseo an early lead against Park with three quick foul shots followed by three threes.  It was a dozen points in five minutes and all of it came with his shooting touch.  Of course we all know that Ola-Joseph is more than that.  His ability to bounce to the glass to board and finish above the other nine on the court is what grabs your eyes, but we keep seeing Ola-Joseph hit jumpers and put numbers up consistently game to game which is also becoming his trademark.

Pharrel Payne 6'9" | C Park Of Cottage Grove | 2022 State #84 Nation MN made his case as the best big man in the senior class and you won’t get many people arguing with that right now.  He runs block to block every possession.  Defensively he’s in the post to block, contest, and board consistently, unless he needs to step to the ball screen which he moves well with.  Offensively Payne runs to the block and posts hard, unless he moves to the ball screen to clear his guard, or to catch after the screen.  There were plays where Payne just physically went through his guy.  Plays where he moved off the screen keeping his man on his back to catch and finish controlling his guy.  He hit the one three he took, Payne showcased his pivot into a balanced touch score, and Pharrel went by bigs with the dribble.  Had 20 and 12 against Osseo making 8 of 9 attempts.  At this point I feel like Payne is shooting 75 plus percent in games I’ve seen.  Payne is a big and he loves being a dominant big playing all game posting double-doubles and dominating the paint.  That’s what the best bigs do and Pharrel is doing it better than anybody.

Jack Robison of Lakeville North (6’5 Forward, 2024). I used the Robison listed height from this winter but he sure looked about 6-foot-7 to me against Eden Prairie.  The scoring touch, feel for the game offensively in terms of moving off ball as well as moving off the ball screen, and the defensive positioning were all very good.  Good touch with feet set but also went to the rim and scored.   Robison surely looks like he will be one of the better 2024 prospects.

Jalen Wilson of Benilde-St. Margaret’s (6’6 Forward, 2025).  The first Minnesota 2025 to grab my attention?  That would be Jalen Wilson.  Jalen has a good frame at 6-foot-6 with good lift to finish at the cup but also a nice jumper hitting three of four triples to help BSM break away for a big win over Columbia Heights.  The confidence that Wilson played with against one of the best Class AAA teams in the state won’t leave me soon as he was 7 of 9 from the field scoring 18 with six boards going against Hinz and Muja Burton