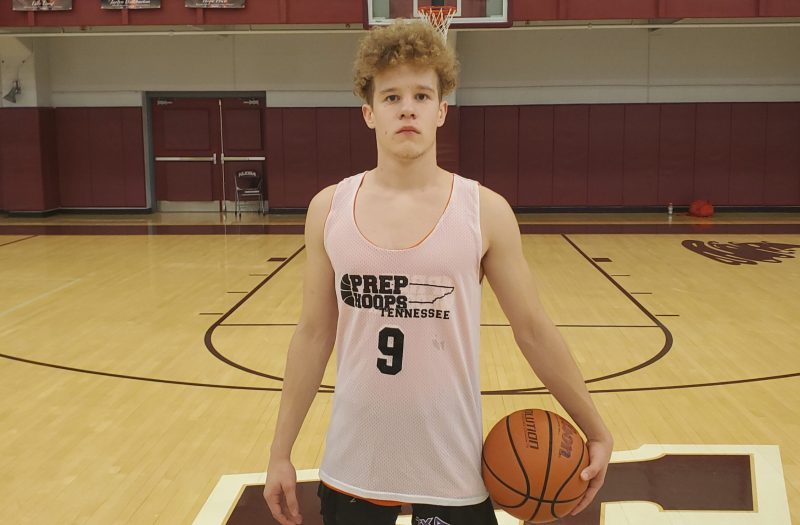 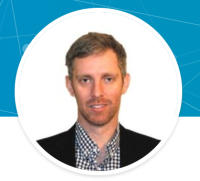 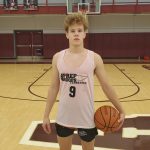 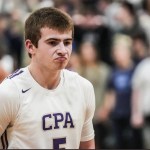 Late January. Monday evening. Hoops. Statewide, few games occurred, as teams ramp up to the Tuesday night wars. Below you will see all of the games listed with some details affixed to the most crucial contests. If you have information, stats, pictures, etc. to add to this or future stories, then always DM @PrepHoopsTN.

Trenton Humphrey (2023) scored Morristown West’s first five points. He made a challenged layup after his own miss and then followed a minute later with an and-1. Still, King’s Academy won the opening push, getting out early with the Jack Townsend

Jack Townsend 6'0" | SG Kings Academy | 2025 State TN three-pointer in the first twenty seconds. The senior center was a lug, a handful for King’s Academy. His strength was difficult to counter. He did not score again in the opening half though, after checking out approximately 5.5 minutes into the game and returning in the second quarter.

King’s ran their offense through the hands of Damjan Simun Damjan Simun 6'3" | PG King's Academy | 2023 TN . Simun’s handle at 6-foot-3 really impressed, so much so, that you will see his name in the Top 120 players in 2023 when @PrepHoopsTN updates our Class of 2023 rankings again (March). Simun scored the basketball a variety of ways: overpowering a guard defender with his shoulder, Euro-step to split two defenders, stole an in-bounds pass and converted it into an uncontested layup, scooped a layup in traffic, finished off a layup after establishing low.

Rylin King Rylin King 6'2" | SG Morristown West | 2023 State TN (Mo West) played well in the first half. He blocked a layup. Scored the Trojans’ final four points of the half.

Jalen McCullough was and is a silky wing. A forward? A guard? Unclear. With tall defenders on him, McCullough six points in the first stanza thanks to above average agility and a soft touch.

Hank Rollins entered the game with a reputation for ferocious rebounding and highly-efficient scoring on the low block.

Kelsean Patillo showed off a wonderful understanding of offense. Quick with an elusive dribbling package, Patillo drew defenders like a light draws bugs. How the junior executed when doubled demonstrated his high basketball I.Q. On one occasion, KP darted to the basket and drew an obvious foul. Two points for the Pounders. A minute or so later, KP pulled up for a three-point attempt…kinda, and instead passed it perfectly to teammate Isaiah Kendrick under the rim. Kendrick made an uncontested layup thanks to Patillo’s gravity and subsequent astute decision.