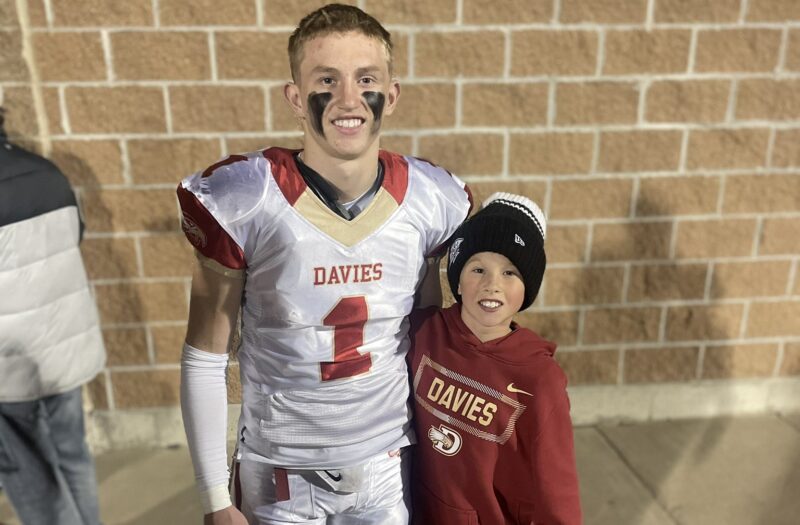 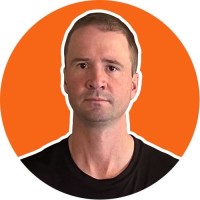 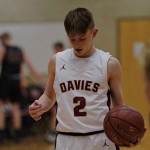 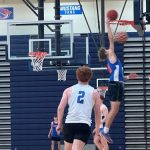 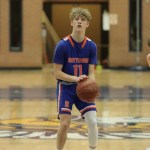 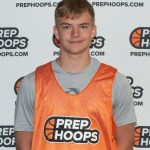 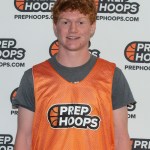 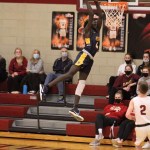 The high school football season is in full “playoff mode”. That means basketball season is right around the corner. The 2022 All-EDC Team has been named. We are putting a basketball spin on it and talking about the basketball players that made All-EDC in football.

7-3 record on the year, the Eagles are still in the playoffs. The semifinal game is on November 4th vs. Bismarck Century at Davies. In hoops, Klabo is a 6’1 All-State PG. He has a scholarship offer from NDSU on the table. Mason is only a 10th grader, but he is hands down one of the best in ND. Klabo is amazingly skilled, a fierce competitor, a pure shooter, has a high IQ, takes a ton of charges, plays hard, and makes everyone better. Klabo is the #1 ranked prospect in the 2025 Class in ND and Davies was recently ranked #1 in the EDC Preseason Power Poll.

8-2 record on the year. The Mustangs were upset in the quarterfinals on Friday night. In hoops, Duerr is a 6’4 strong and athletic wing. He will be the most experienced player for the Mustangs and Caleb averaged 4.2 ppg and 2.8 rpg last year. With his length and athleticism, Caleb will be a tough matchup for most teams. I see him being a playmaker and clutch performer this season. PHD is predicting Duerr to also be an All-EDC player in basketball. It will be fun to see if he can step up and lead the Mustangs on the hardwood.

8-2 record on the year. The Mustangs were upset in the quarterfinals on Friday night. Is basketball, Race is a quick and strong guard. He had a very nice summer of AAU hoops with ECI. I expect that to carry over into the winter season for the Mustangs. Expect Wilson to prove himself as a varsity player early in the season. He is great at penetrating gaps, getting into the paint, scoring, and creating for others.

7-3 record on the year, the Bruins are still in the playoffs. Their semifinal game is on November 4th at home against Fargo North. In hoops, Kegbeh is a 6’4 powerful forward. Last season, Cole averaged 8.2 ppg and 8.1 rpg. Expect Kegbeh to average a double-double this season and to be one of the toughest players to go against around the rim. Look for Cole to help to the Bruins on their quest to the State Tournamnet. If things go well, he could certainly be an All-EDC player as well.

8-2 record on the year, the Roughriders are still in the playoffs. On November 4th, RR will head to Jamestown for a semifinal game. Arason is a high-level recruit in football and Track/Field. In Hoops, Logan is a 6’4 PF that averaged 5.6 ppg and 5.8 rpg. He will be a force in the paint and a hard worker. Red River has a loaded team and Arason will be a key piece of the puzzle! His size, strength, and grit will be vital for the Roughriders.

8-2 record on the year, the Roughriders are still in the playoffs. On November 4th, RR will head to Jamestown for a semifinal game. As the QB, Parks will have gained valuable experience as a leader and he should come into the hoops season full of confidence. Parks is a 6’3 SG/SF that averaged 5.2 ppg and 3.4 rpg last season. Pearce was a STUD all AAU season with ECI and he showed the ability to dominate games. Parks saw the floor last year on varsity, this season I expect him to be a game-changer with his size/athleticism/playmaking.

7-3 record on the year. The Hi-Liners lost on Friday in the quarterfinals. In basketball, Aiden is a 6’0 G for Valley City. Jacobson averaged 4.1 ppg and 2.1 rpg last year. Aiden is a tough kid that always plays hard. He will do the little things that do not show up on the stat sheet. After a great football season, Aiden should be ready to roll this winter.

7-3 record on the year. The Hi-Liners lost on Friday in the quarterfinals. Sykora is a 6’2 wing that can make plays outside and in the paint. Last year, Zach averaged 8.7 ppg and 3.2 rpg. Sykora had a nice summer with ND Attack and you should expect him to come into the season as an improved player. Zach will hurt mismatches around the rim, finish through contact, score in transition, and he is a versatile defender.

6-4 record on the year. The Spartans are still in the playoffs. North plays the semifinal game on November 4th at Fargo South. Haugo is a beast on the basketball court that stands as a 6’3 forward. Haugo will be a physical role player for the talented Spartans. Look for Peder to be an NRG guy, a gritty defender, and a great teammate.

6-4 record on the year. The Spartans are still in the playoffs. North plays the semifinal game on November 4th at Fargo South. In hoops, Sem is a 6’3 SG and the #1 ranked prospect in the junior class in ND. Jeremiah was All-State last season and averaged 21.1 ppg, 5.7 rpg. In every game this year, Sem will be the most athletic and bouncy player on the court. Jeremiah and the Spartans will be one of the favorites to win it all this season.

5-5 record on the season. The Huskies ended their season on Friday with a loss to Red River. Kappes is a star multi-sport athlete that will play college baseball at Minnesota-Crookston next year. In hoops, Caden is a 6’1 G with great instincts and a good head on his shoulders. Kappes averaged 7.4 ppg and 4.9 rpg last year. The Huskies might surprise people this season, they have nice talent returning and Kappes will be the straw that stirs the drink for Wahpeton.

5-5 record on the season. The Huskies ended their season on Friday with a loss to Red River. Mauch is a tough kid and a 6’1 G in basketball. The Huskies bring back a handful of players with experience. The young Mauch could be an X-factor for Wahp. With his success in football, the youngster should be ready to perform on the hardwood. Treyton is very very fast going up and down the court. When the Huskies get going in transition, look for Mauch to be a playmaker.

4-6 record on the season. The Knights lost on Friday to Jamestown. In hoops, Simmers is a 6’3 wing that averaged 8.9 ppg, 3.4 rpg, 2.5 apg, 1.8 spg, and hit 21 triples. Jack is a stat stuffer! The Knights bring back a nice cast of players and PHD is expecting GFC to be a much-improved squad. I am excited to watch the Knights and Mr. Simmers this winter.