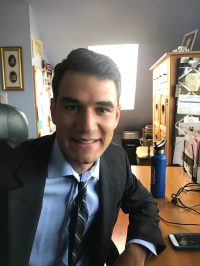 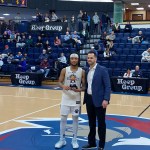 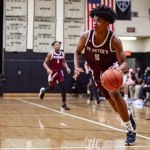 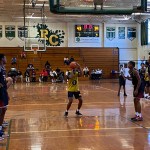 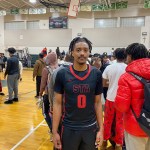 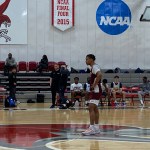 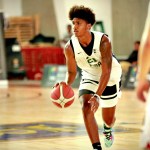 Elijah Gertrude 6'4" | SG Hudson Catholic | 2023 State #145 Nation NJ committing to Virginia on Wednesday. The class is still filled with available talent that can make an impact at the next level, especially in the Non-Public division. Here are the top available Non-Public prospects in the 2023 class.

Robinson is the top available Non-Public prospect and is one of the top guards in the state. The Second Team All-State selection has a tight handle, which he uses to get to the rim and finish around the basket. Robinson knows how to get to his spot on the floor and can get his teammates involved in the halfcourt. He has a nice release on his jumper and is a strong rebounder for a guard. Robinson is a tough, two-way guard prospect who should make plays at both ends of the floor in 2022-23.

Hester led the Panthers to the sectional title game last season and should have a strong winter. The 6’0 guard knows how to get to the basket and can finish through contact in the paint. Hester is more than just a slasher as he has a nice shooting stroke and can knock down triples in bunches. He pushes the pace in transition and is an underrated passer. Hester is a scoring lead guard, whose ability to score the ball at all three levels will help his stock in a big way.

Tindall is one of the top available small forwards in the Garden State and should put it on display this season. The 6’7 wing knows how to get position down low and is a strong finisher around the rim. Tindall knows how to play on the perimeter as he has a good handle and can knock down open jumpers on the perimeter. He rips down rebounds on both ends of the floor and has the athleticism to defend multiple positions on the floor. Tindall is a long, two-way wing prospect who will be a key part of the Marauders’ offense this season.

Pierre-Louis is one of the toughest guards in New Jersey as he plays with a motor that doesn’t stop. The 6’2 lefty is one of the top on-ball defenders in the state as he makes it hard for opponents to get comfortable in the half court. Pierre-Louis attacks the basket with a purpose as he routinely draws contact in the paint and can finish around the rim. The ball does not stick in his hands and moves well off the ball. Pierre-Louis is a physical guard prospect who does whatever it takes to help his team win.

Pitts is an intriguing prospect on the perimeter for the Trojans as he impacts the game in a number of ways. The 6’4 guard is at his best attacking the basket as he can finish with authority above the rim and is unafraid of contact. Pitts can also score in the mid-range and can make opponents pay for giving him space behind the arc. He has the potential to defend multiple positions on the floor and is a solid rebounder. Pitts’ ability to finish around the basket combined with his handle will help his game in a big way this season for St. Thomas Aquinas.

Other Prospects to Watch: