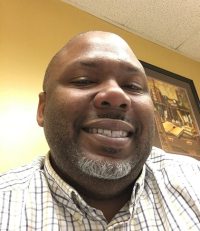 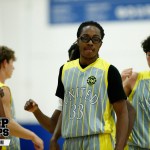 Letourneau University was the home of preseason hoops on Sunday as the Uncommon Exposure camp was held there. Coach Vanlandingham and his competitive drill and skill camp welcomed preps from the Ark-La-Tex to help them gain more exposure in recruiting.…

Letourneau University was the home of preseason hoops on Sunday as the Uncommon Exposure camp was held there. Coach Vanlandingham and his competitive drill and skill camp welcomed preps from the Ark-La-Tex to help them gain more exposure in recruiting. While there was plenty of talent from Louisiana ( , , and Jaquevius Thompson Jaquevius Thompson 6'3" | CG Caldwell Parish | 2022 State LA to name a few), there were other preps who had very good days at Letourneau. The following preps are evidence that the Ark-La-Tex has many a player that is being under recruited going into their years as upperclassmen.

Harris was one of the better shooters during game action at Letourneau on Sunday.  He seems to favor the right arc and during one game he hit three from that spot.  Harris plays well off the ball and will put pressure on the defense by attacking the paint.  Teams who are looking for a smaller guard who can shoot and get to the paint, Harris is one they should consider.

Looking at Holder on the floor Sunday, he just looked the part of a basketball player.  He is also one of those players that does a little of everything well.  While larger schools may not have a role for him, smaller schools will.  Holder can rebound and push or bring it down and run the offense.  His mid-range jumper was pure and his motion was a fluid as it gets.  He was tall enough find guys without being pestered by smaller guards and handles the ball well enough not to have it taken.  Because of his skill set, I can see him as a guard on the next level.

We have some shooters in Louisiana.  However, the 6’3″ shooting guard from Little Rock Christian stole the show on Sunday.  I entered the gym as he was attempting to win the one-on-one shooting drill and he put on a clinic from the corner three.  He was pretty much automatic the rest of the day.  His form and release is the same every time he takes a shot.  There is no wasted motion and his release is very quick.  During one stretch, he nailed 5 of 6 hitting all net.  McGuirk knows how to fill it up from deep and did his best to showcase that on Sunday.

Muhammed is built like a tight end or linebacker and was probably the strongest player in the gym.  His offensive skills appeared to be a little raw but she showed great timing when it came to blocking shots.  He covers ground with his athleticism and blocked a shot from a three point shooter on one possession and followed it later with a block as he rotated over from the weakside.  Muhammed can rebound in traffic as well.  For a smaller school looking for an athletic forward, Muhammed is a guy they would be interested in.

Smith was one of the better all-around guards during the day.  He was a finalist during the shooting contest and during game play he was a handful for the other guards.  Smith is as heady as they get when it comes to playing the game.  Smith can handle point guard duties and was just as effective when he played off the ball.  He can rebound well for his size, he has an accurate shot from deep, and he can put the ball on the deck and get to the rim.  His guard play was top tier all day and should have colleges looking at him as a point guard going forward.

The small guard from Arkansas was a menace to the other guards on Sunday.  Tippan had a couple of steals from his hustle alone.  He also played tough man to man and did not let anyone use his height to their advantage.  On the offensive end, Tippan made a couple of threes but often made his way into the paint with the dribble.  His teardrop floater execution once in the paint showed his shot awareness.  That same acumen helped him read situations beforehand to make plays.  Tippan played the point as good or better than anyone at the exposure camp.

Coach Vanlandingham’s Uncommon exposure camp was a thorough and helpful event.  The preps who attended appeared to have a good time competing while trying to earn more exposure for themselves.  His unique drills mixed with his coaching intensity really gave campers a taste of what to expect going forward. Camps like his are sorely needed in this area and beyond.