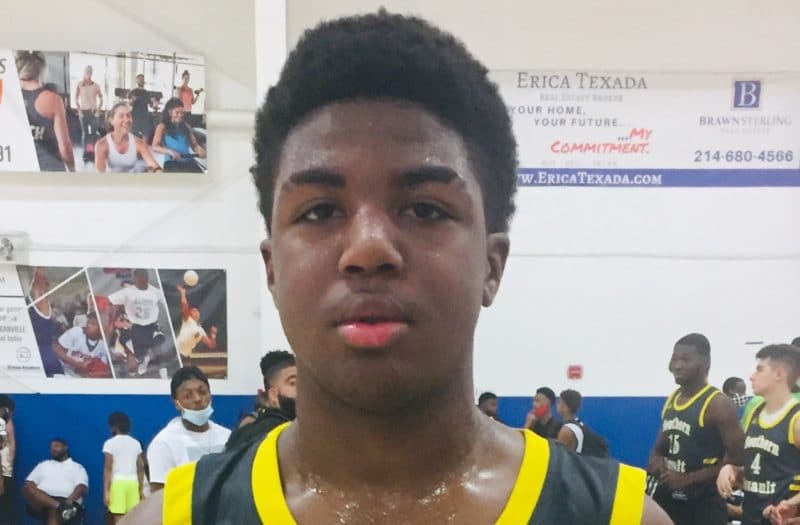 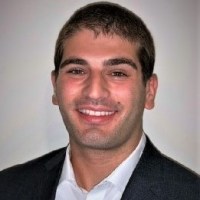 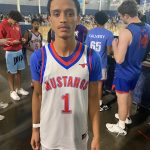 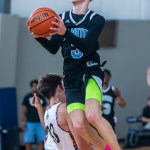 With the 2021-22 Texas UIL season fast approaching, Prep Hoops Network previews several players in Region 1 of the 5A conference for this next season. This article focuses on point guards in the senior class. 6A seniors’ player previews: Region…

With the 2021-22 Texas UIL season fast approaching, Prep Hoops Network previews several players in Region 1 of the 5A conference for this next season. This article focuses on point guards in the senior class.

Sykes is a well-balanced scoring and playmaking threat that creates efficient offense no matter where he is on the court. If his teammates are open, Sykes will find them with his incredible vision and IQ. He has one of the most accurate full court outlet passes in basketball, lobbing the ball up over all defenders and dropping it right in his streaking teammate’s hands on the run where only he can catch it. He shows that same accuracy and awareness in the half court, fully aware of all the moving parts on offense and defense, and hitting his teammates in stride as they cut to the basket or rotate along the perimeter, stunning the defense with quick and decisive passes that are impossible to anticipate. His patient manipulation of the defense as he penetrates the paint opens up lanes for cutters and he quickly gets the ball to the open man for an easy dunk or layup. He stays low to the ground as he handles the ball, allowing him to stop on a dime and change directions with good acceleration and speed. He’s a solid finisher once he gets in the paint, taking contact or hitting clean floaters, and he is a first-class shooter off the dribble with deep range, pulling up off screens, step backs, or just a simple hesitation as he comes up the court. He also shows great reflexes, quickly reacting as the on-ball defender and getting his hands in the way of pass attempts to come away with steals. Sykes spent a lot time working with his Lone Star Elite coach, Coach Darius Coleman, this summer, specifically focusing on scoring at all three levels and refining his pick-and-roll game, putting extra work on his floater. 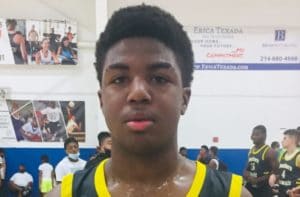 Crosby is a passing maestro and an absolute magician with the ball in his hands. His awareness, vision, IQ and accuracy are all at an elite-level and he finds nearly impossible seams and spaces to get the ball to his teammates for an easy shot. He passes with speed and strength, ripping past defenders heads and hands, giving little chance for anyone to intercept. He can make perfect passes out of the triple threat or going full speed down the court, giving the defense no signs whatsoever if he is going to pass or shoot the ball. He has a strong frame that helps him body defenders as he drives into the paint, leaning into them to create space and finishing through traffic, or hitting a smooth euro-step if they push into him too far. He has an effortless dribble pullup and catch-and-shoot jumper that can hit from deep and midrange, giving him an effective 3-level scoring skillset. He’s a quick defender, popping into passing lanes out of nowhere and intercepting the ball to go the other way for a fast break, and he’s great at picking pockets with his quick hands and aggressive mindset. He also has the willingness to sacrifice his body, getting into position quickly in the paint to take charges. Crosby spent this offseason refining his point guard skills even more, putting plenty of work on his jump shot and setting up his teammates for easy looks. He is also focused on becoming a consistent and elite defender and he put a special emphasis on rebounding, showing a good understanding of the team’s roster construct, telling Prep Hoops, “our team this year is guard heavy so everyone has to rebound better.” When asked what the dynamic is like with so many skilled guards on the team, Crosby noted, “we run more of a fast paced offense so it’s really whoever gets [the ball], we have enough trust in each other to know whoever runs the offense can do it just as well as another.” 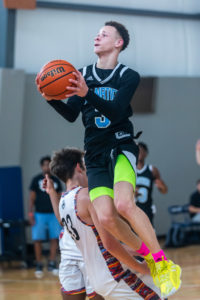 Weaver, another talented point guard from Timberview along with the aforementioned Braylon Crosby Braylon Crosby 6'0" | PG Mansfield Timberview | 2022 State TX , is an athletic all-around point guard with extreme patience and complete control of the offense with the ball in his hands. He has great vision, intelligence and foresight, orchestrating the offense from the point position and acting as a coach on the floor. He has superb scoring ability, attacking the paint with speed and finishing strong through traffic with athletic layups and explosive dunks, and he’s a sniper from midrange and beyond the arc with great shooting form that can translate to any level. He sees the court well and finds good positioning to get rebounds, immediately turning up the court to push the pace for a fast break with his speed or his accurate full court passes. His quickness, intelligence and length help him as a solid defender, stepping into passing lanes, intercepting the ball midair or knocking the ball loose as soon as the intended player receives it, and he understands the verticality rule well, keeping his long arms straight up, disrupting shots and occasionally coming away with a block. Weaver continues to develop his guard skills and perimeter game, spending this summer working on his shooting, ball handling and playmaking and he also put a lot of focus on his strength, spending a lot of time in the weight room, looking to take his game to another level in his senior season.

Ramirez is a deadly scorer from the point guard position with good athleticism and ball skills, possibly stemming from his multi-sport talent as a wide receiver for the Grapevine Mustangs. He’s a shifty and quick ball handler with the ability to get to his spots with ease. He has good speed and acceleration, changing directions well, and brilliantly dribbles the ball to get around any defender, forcing the defense to react and send help his way, opening up opportunities for his teammates who he finds with ease. He’s a dangerous catch-and-shoot threat and has an ever better dribble pullup, draining long range shots if given even a little bit of space. He is just as much of a threat from midrange, with the ability to attack from the perimeter at full speed but then stop short, getting his feet under him quickly, and pulling up to drain the shot. He may have a slight frame but he attacks the basket with aggression and speed, finishing through contact and finding various angles to get the layup to fall. He showcases his athleticism, quickness and aggression on the defensive end, as well. He utilizes his strong and quick lateral movement to stay in front of any perimeter player, locking them up, frustrating them with his aggression, and knocking the ball loose with his quick hands or forcing them into mistakes.