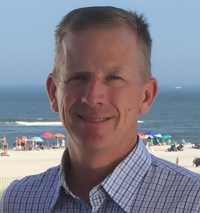 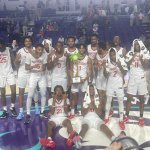 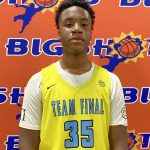 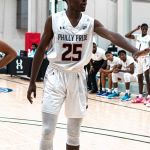 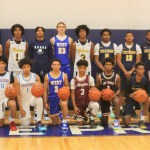 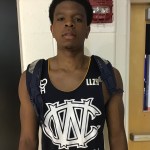 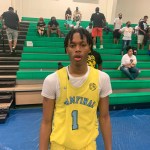 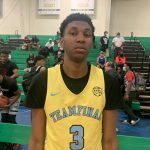 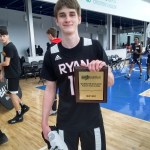 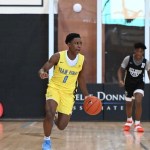 On October 2nd and 3rd the 2021 “Front Office Fall Invite” will gather twenty of the top high school boys’ basketball programs from Pennsylvania and New Jersey at Roselle Catholic HS in Union County, New Jersey for a showcase format slate of games.

Below is our preview of six “Front Office Fall Invite” games featuring southeastern Pennsylvania prospects that we have deemed “must see” contests.

West Catholic vs Rutgers Prep (NJ): Rutgers Prep is a solid team featuring DI recruits Jadin Collins and Ryan Zan, but they will be hard pressed to contain West Catholic’s numerous options on offense. The Burrs attacks starts with a pair of 6’6” wing players – Kareem Watson

Kaseem Watson 6'6" | CG West Catholic | 2022 State PA . Both of “The Twins” can score the rock via the three ball or by slashing to the rim. Running with “The Twins” is point-forward Anthony Finkley Anthony Finkley 6'6" | SF Roman Catholic | 2023 State PA whose unique skill set makes him one of the most intriguing prospects in SEPA. Class of 2023 recruits Zion Stanford

Zion Stanford 6'5" | SF West Catholic | 2023 State PA and Adam “Budd” Clark are two lightening quick and athletic prospects who project as DI players. Stanford can score from the blocks all the way out to the arc. Clark is a defensive menace who thrives in WC’s full court pressure defensive schemes. He creates turnovers in bunches which lead to easy baskets for the Burrs. (Tipoff is at 10:40AM)

Thomas Sorber 6'8" | PF Archbishop Ryan | 2024 State #62 Nation PA and Jaden Murray Jaden Murray 6'5" | SF Archbishop Ryan | 2024 State PA . Paris is a lefty backcourt player with elite speed who plays a slasher style of game. At the Southern Jam Fest (VA), Paris “played up” in the 17U gold division and averaged around 24 ppg. Sorber is a highly ranked big fella in the Class of 2024. Murray is a 6’6” slasher style wing who turned heads this spring/summer. (Tipoff is at Noon)

Neumann-Goretti vs. Patrick School (NJ): The Patrick School is a national powerhouse programs led by major DI recruit Zion Cruz but have no fear the Saints are ready for this matchup. In the backcourt NG will run out Masud Stewart Masud Stewart 6'0" | PG Neumann-Goretti | 2022 State PA . Stewart has a deep bag of dribbling tricks and attacks the rim with a fearless nature. DI / D2 coaches need to stop sleeping on this kid. This fall/winter NG will rely heavily on its extremely talented group of 2024 prospects. Headlining that list is one of the unstoppable guards in the state – Robert Wright III

Robert Wright III 6'0" | CG Neumann-Goretti | 2024 State #33 Nation PA . If you saw Wright play with Team Final EYBL 15U this summer, then you know he is an extremely athletic combo-guard with the shooting, finishing, and passing skills college coaches love. (Tipoff is at 4PM)

Archbishop Ryan vs Manasquan (NJ): In addition to the Ryan players named above, keep an eye on AR’s 2022 backcourt duo of Luke Boyd

Luke Boyd CG Archbishop Ryan | 2022 State PA and Jalen Snead Jalen Snead SG Archbishop Ryan | 2022 State PA . Boyd is JJ Redick-ish with his off-ball movement and like Redick he has “in-the-gym” range on his jumper. Snead is a playmaker with filthy handles who can create for himself or his teammates. Derrick Williams is another of Ryan’s 2022s we expect to play at the next level. (Tipoff is at 10:40AM)

Imhotep Charter vs. Hudson Catholic (NJ): We hope Hudson Catholic laces ‘em up tight for this one because Imhotep has one of the most talented and complete rosters in southeastern Pennsylvania. Guard Justin Edwards