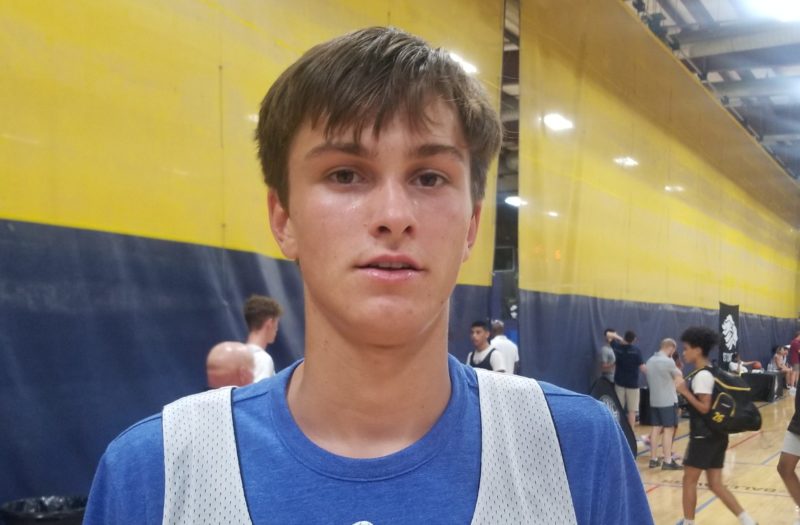 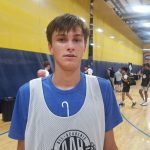 The summer season offers a ton of opportunities for potential prospects. The NCAA provided 6 Live Period Days in June (June 18th – 20th June 25th-27th) and 9 Days in July (July 8th – 11th, July 21st -26th). Some players used this period to justify their rankings, others as a way to catch the eyes of coaches and scouts. In this article, a follow up to Stockrisers Vol 1 we take a look at some local players who used the summer to raise their stock.

Pharaoh Compton 6'7" | PF AZ Compass Prep | 2024 State #150 Nation AZ 6’5 SF Spring Valley (#9PHN 2024) – Compton is a highlight reel waiting to happen. The Explosive wing has long arms and is a big-time R&J athlete. It was almost impossible to watch him play this summer without him catching your eye. His physical skills alone increase his ceiling making him an easy stockriser choice.

Javon Edwards – Cobb 6’1 PF Durango (UR) 2023 – Got to watch JEC play on the Prep Hoops Circuit with All Vegas. He’s a glue guy who plays with a high effort. Considering the fact that he’s unranked, his play this summer warrants him an addition into the 2023 rankings, making him a clear stock riser.

Brandon Enriquez 6'6" | C Shadow Ridge | 2022 State NV 6’6 C Shadow Ridge 2022 (#25PHN 2022) – Enriquez has always been an intriguing prospect. He has size and moves well. This summer he showed improved athleticism, running the floor and finishing several transition plays with thunderous dunks. If he continues to show athleticism while, continuing to be an elite shot-blocker, coaches will continue to take notice.

Tyler Shipp 6'5" | SF Foothill | 2022 ID 6’5 SF Foothill 2022 (#30 PHN 2022) (featured image) – Shipp is a high academic player that has garnered interest from several high academic universities. The 6’5 wing is a good playmaker, capable of getting to the rim off the bounce. He came from off the radar to make his first appearance in the previous rankings. His skill and brains make him a clear stockriser to watch.

Chris Boudreau 6’7 C Bishop Gorman 2025 – I realize the 2025 rankings haven’t been released yet, but Bodeau is a player that will make an appearance. His stockrising evaluation comes from what I saw of him the last couple of years. The 6’7 post has showed increased athleticism, allowing him to protect the rim and rebound at a big-time level. A young player with size that moves the way he does, is definitely going to be a stockriser candidate.

Jeramiah Toby Jeramiah Toby 5'11" | PG Meadows | 2024 State NV 5’11 PG Meadows 2024 – I first got a glimpse of Toby last month in Utah. He showed good speed and quickness. The PG was able to get by defenders, both finishing and creating in the lane. He’s also played well when playing with hard 2 guard during the grassroots season. Toby could see varsity minutes for 2A favorite Meadows this season, giving him even more opportunities to drive.