State Players of the Year

Each of these players have competed at a high-level and consistently help carried their teams all year long.   Mr. Basketball – Tanner Toolson Tanner Toolson 6'4" | SG Union | 2020 State WA , Union – The senior blossomed…

Each of these players have competed at a high-level and consistently help carried their teams all year long.

Mr. Basketball – Tanner Toolson Tanner Toolson 6'4" | SG Union | 2020 State WA , Union – The senior blossomed into one of the best players and could not have asked for a better high school career. The 6-foot-5 Toolson has erupted throughout his last high school campaign, making himself known all across the Northwest. Toolson is receiving multiple Division 1 interests at the moment. 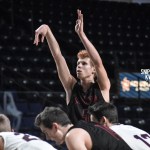 Jabe Mullins 6'6" | CG Mt. Si | 2020 State #136 Nation WA , Mt. Si – The St. Mary’s commit is easily one of the most skilled players in the state. Mullins can score the ball effectively at all three levels, making himself a hard player to contain. 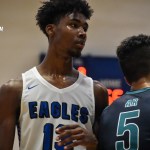 Tari Eason 6'8" | PF Garfield | 2020 State #99 Nation WA , Garfield – Eason left his mark before heading to Cincinnati. The Bearcat commit plays at a high motor at both ends of the court and is a very versatile big man who can score the ball in multiple ways but also defend at a high level.

2A – Wyatt Walker, Burlington Edison – A key athlete for the Tigers all season long, Walker averaged 13 points to help his team to a 20-3 overall record. The 6-foot-7 big man is a high IQ player who is a forceful threat in the paint.

1A – Hunter Ecklund, La Center – The dynamic guard can really push the ball in transition. Ecklund is a very efficient player when he can attack the rim, where he can set up shots for his teammates or create for himself.

2B – A.J. Floyd, Davenport – Floyd is a winner. A player who does the little things to help his team get the win. Floyd is a tough, hardnosed player who loves to score around the basket but can also shoot it really well.

1B – Caleb Revey, Lummi – A physical guard who can make tough shots. Revey is a great leader on and off the court and proved that he can play on a consistent basis.