La Lumiere Continues To Load Up On National Talent 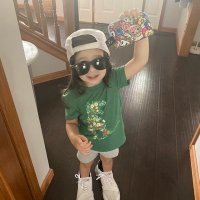 In the last few years, the emergence of the La Lumiere School in LaPorte, Indiana has grown to reach National status.  They have been among the best in the country and have brought in top talent to help continue that…

In the last few years, the emergence of the La Lumiere School in LaPorte, Indiana has grown to reach National status.  They have been among the best in the country and have brought in top talent to help continue that tradition.  In the 2015-16 season, that hasn't changed.

La Lumiere head man Shane Heirman has done well bringing in a new crop of players to combat the loss of a few high end prospects.  Isaac Humphries, a 7'0 Australian prospect, and Nolan Narain, a Canadian born prospect, are both off the board a year early heading to Kentucky and San Diego State, respectively.

He brings in five new players for the upcoming season including a pair from right across the border in Michigan.  The latest is 3-star prospect Algevon Eichelberger out of Saginaw (MI).  Last year he was at Prolific Prep but now moves a bit closer to home.  He joins Michigan native Brian Bowen, the #27 rated prospect in the 2017 class by the 247Sports Composite.

Joining the front line is 2016 growing prospect, James Banks, a Georgia native.  The 6'10 Banks is quickly becoming a very hot commodity and ranked by the 247Sports Composite as the #54 rated prospect in the 2016 class. He's not alone as they have also brought in Illinois Wolves talent Joey St. Pierre, a 6'10 forward.

Those pieces will give immediate help for the upcoming season and should put La Lumiere in the hunt for a National Title.  However, Heirman did a solid job of procuring pieces for the future as well.  2018 guard Grant Beucler out of Dallas, Texas and 2019 guard Tyger Campbell out of Memphis, Tennessee.  Both guys will provide help immediately as well as in the coming years.

This group of newcomers joins some talent already in hand.  Isaiah Coleman-Lands is a national recruited prospect and is in year two at the school. The same goes for Canadian talent Brandon Cyrus.  They are the top two returning players from last season.  Last year, they missed out on the Dick's National High School Tournament but they have done about everything they can to set themselves up for success in 2015-16.